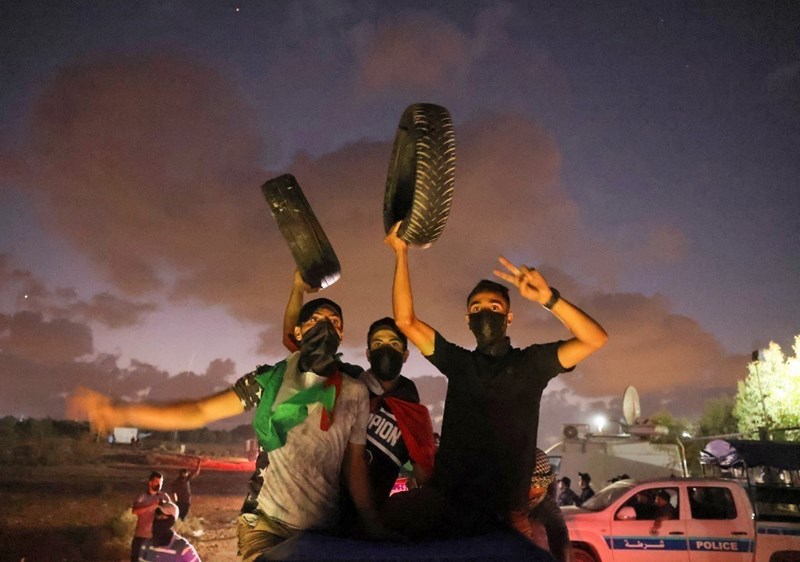 Palestinians set fire to tires and used noisy air horns in their activities, demanding that the outposts be vacated.

In occupied al-Quds, Israeli settlers continued to storm into the Al-Aqsa Mosque’s courtyard under the protection of occupation soldiers, while also organizing a march in the old town of Al-Quds, also under heavy guard, preventing Palestinian residents from getting to their homes.

In the West Bank, Palestinian Martyr Raed Youssef Jad Allah was laid to rest. The martyr was killed by Israeli occupation gunfire as he was returning home to his village Beit Ur al-Tahta.

Thousands attended the funeral of the martyr, who was draped in the Palestinian flag, chanting angrily against the Israeli occupation and denouncing its hideous crime, while his son bade him farewell.