Home Politics Middle East US Senator in Beirut: Lebanon in a State of Free Fall 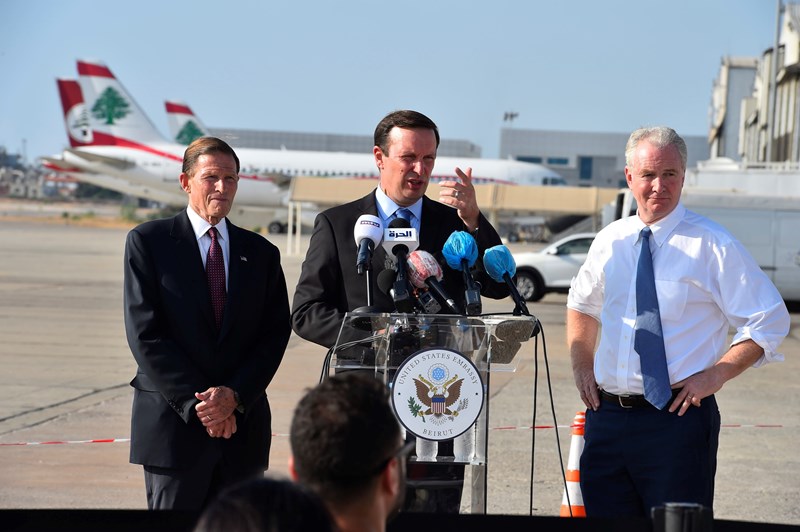 Richard Blumenthal, US Senator, considered that Lebanon is in a state of “free fall” and must not become a “horror story,” expressing his hope that a government will be formed this week in order to solve Lebanon’s economic collapse.

Blumenthal told reporters, at the end of a two-day visit by a congressional delegation to Beirut yesterday, that “Lebanon is in free fall…We’ve seen this movie before and it’s a horror story, but the good news is it can, should, and hopefully will be avoided.”

Senator Chris Murphy, chairman of the Senate Foreign Relations Committee panel dealing with the Middle East, said that the delegation heard “good news today,” and expected the formation of a government upon his return to the US.

It is noteworthy that the US is in talks with Egypt and Jordan on a plan to ease the electricity crisis in Lebanon. The Lebanese presidency said that the plan includes the use of Egyptian gas to generate electricity in Jordan and supply it through Syria.

Chris Van Hollen, another US Senator, also considered that “The complication as you know is the transport via Syria,” and that the US administration is urgently looking for ways to address the issue despite the Caesar Act.