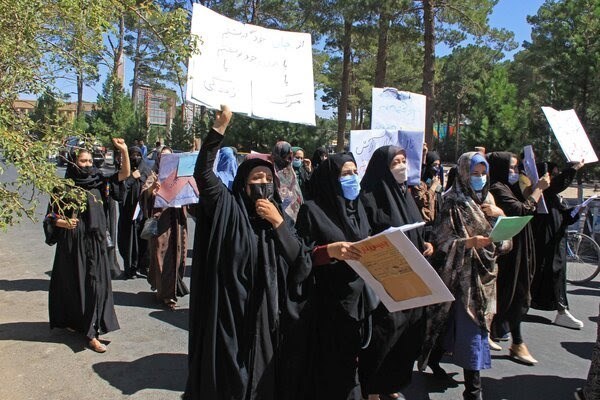 Dozens of women marched the streets of Herat yesterday to press for more rights and integration into the future Taliban government, the New York Times reported.

Herat, in western Afghanistan, is one of the most liberal cities where thousands of girls there attended universities and worked outside their homes before the Taliban took control. The march organizers revealed that their aim is to expand the protests across the country.

“We wanted to show our power to the Taliban,” expressed Maryam, one of the protest’s organizers. “If we stay in our houses, we can’t show our power, but the Taliban can impose more restrictions on us to remove us from society and politics slowly.”

Although the Taliban promised to allow women to work and study, many remain skeptical. It is noteworthy that the last time the movement ran Afghanistan, women were banned from learning, working, and enjoying almost all aspects of all public life.