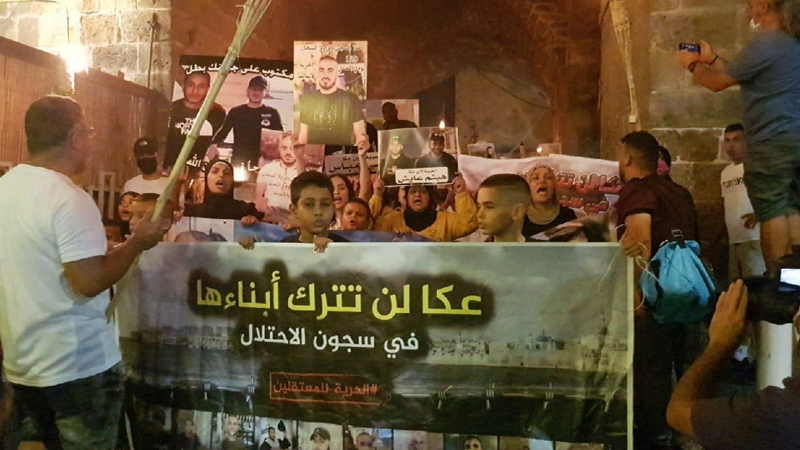 Protesters roamed the streets of Akka city in northern occupied Palestine, Friday evening, to demand the release of detainees in Israeli occupation prisons.

The “Youth Committee of Akka’s Detainees” demanded that the occupation authorities free nearly 20 men imprisoned during the public rallies that coincided with the battle of Seif al-Quds.

The families of the detainees intend to place a sit-in tent in the city demanding the release of their children.

200 Palestinian youths were arrested in Akka, with roughly 26 remaining detained, according to data provided by the Committee.