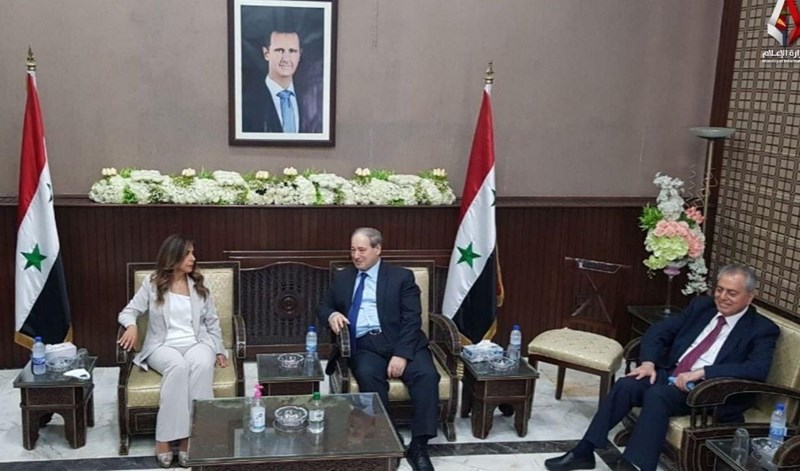 The Lebanese ministerial delegation arrived at the Jdeidet Yabous border area in Syria, which aims to pave the way for easing the electricity crisis in Lebanon by importing electric power from Jordan through Syria.

Al Mayadeen‘s correspondent reported that the Lebanese delegation’s visit will be followed by meetings of joint technical committees, indicating that the visit can be considered a step in breaking the American siege on Syria.

A Lebanese official stated that the delegation headed by Akar will discuss the plan that will enable Lebanon to transport quantities of Egyptian gas to Jordan. This will enable it to produce additional quantities of electricity that will pass through the grid linking Jordan with Lebanon via Syria.

The Lebanese delegation’s visit comes after Washington’s ambassador to Lebanon, Dorothy Shea, spoke about ongoing talks with Egypt and Jordan to help find solutions to the energy crisis in Lebanon – this came immediately after the Secretary-General of Hezbollah, Sayyed Hassan Nasrallah, announced the sailing of the ship importing fuel from Iran.

It is noteworthy that this visit is considered a “violation” of the Caesar sanctions enforced by US Congress, which was applied last year to Syria, with the aim of strangling economic capabilities and livelihoods.