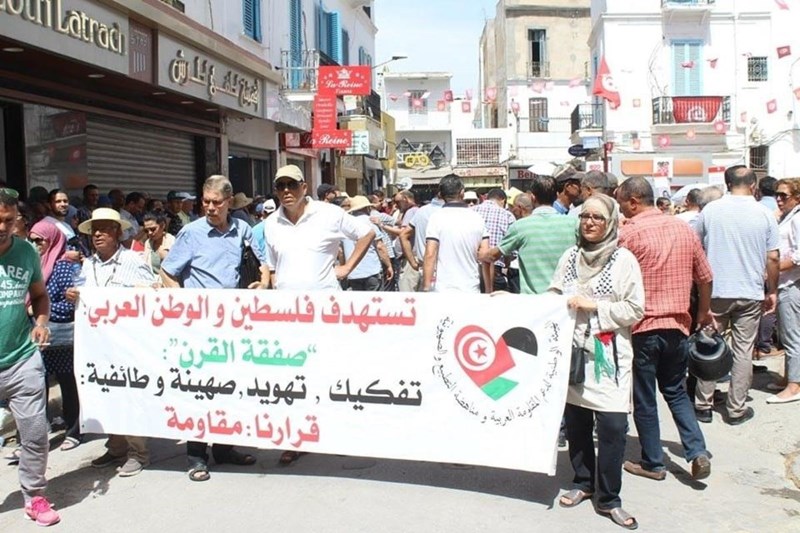 Several Tunisian parties have announced rejecting an invitation from the US embassy to attend a meeting with a congressional delegation visiting Tunisia.

Sami Tahiri, the Assistant Secretary-General of the General Labor Union, stressed that the Tunisian issues can only be resolved between Tunisians, expressing his refusal for foreign interference.

In turn, the People’s Movement emphasized on not allowing any foreign side to interfere in Tunisian affairs and opposing anything that would harm Tunisia’s sovereignty.

As for the Free Constitutional Party, it affirmed its refusal to the invitation for its belief in the right of the Tunisian people to self-determination.

Yesterday, Friday, the Secretary-General of the General Labor Union, Noureddine Taboubi, said that “The main problem in Tunisia is the political and constitutional system that has crippled everything and left no way for progress.” He added that a referendum must be proposed to reform the political system, calling on President Kais Saied to speed up the formation of the new government.

It is noteworthy to mention that on Thursday, the Union condemned the authorities’ attack on participants protesting against political assassinations in front of the municipal theater in the capital, and demanded a serious investigation into the attack to hold all those involved accountable.