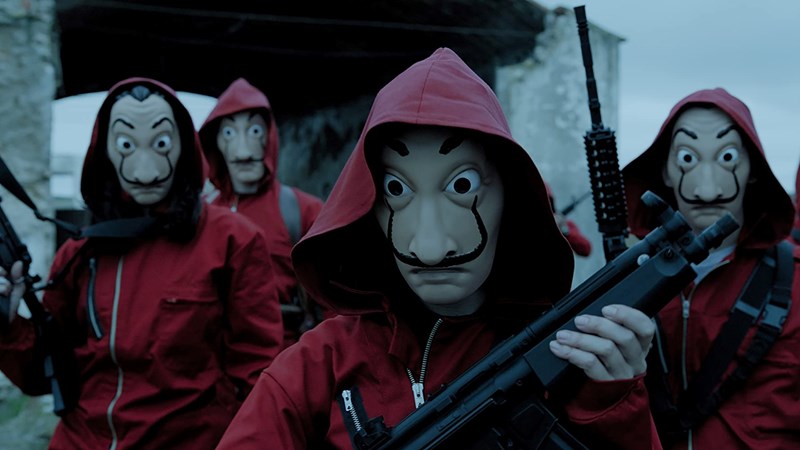 The global TV sensation, produced by Netflix, has just released its fifth season and is quickly becoming the talk of the town, albeit for the wrong reasons.

Stars of the TV show visited the occupied Palestinian lands and were interviewed by an Israeli news channel where they disclosed their fascination with “Israel,” asserting their intention of promoting it and visiting again.

Actor Darko Peric described his visit with the following:

“When people travel to “Israel,” they always talk of the extreme security measures, but when I got here even police members wanted to take pictures with me. It was fascinating.”

The Israeli police, eulogized by Darko Peric, is notorious for its human rights violations against Palestinian civilians and activists as well as the extreme measures they take to hinder Palestinians’ ability from proceeding normally in their daily lives.

A “Mess” in the making

A particular statement by actor Hovik Keuchkerian was seen as a direct attack on Palestinian sentiments, as he praised the Israeli show Fauda (meaning “mess” or “chaos” in Arabic) which depicts units of Mista’arvim assassinating Palestinians.

Mista’arvim -derived from the Arabic word “Mousta’ribin”- means Arabized, and designates Israeli undercover units who infiltrate Palestinian ranks and groups, be it in prison or in protests, and either disrupt or brutally kill those they deem as “dangerous.”

They received their name due to their appearance as they dress as Arabs, look mostly oriental or Arab and speak the language.

Keuchkerian’s praise of the show showcases a clear disconnect from the woes of Palestinians or even worse: A desire to disrespect Palestinian and Arab audiences.

Online campaigns have surged after the interviews, demanding people to refrain from watching the show in order not to boost its status. Ironically, the show supposedly dealt with anti-capitalist and anti-authoritarian themes, which does not coincide with the cast’s statements.

The hashtag #BoycottLaCasaDePapel has become widespread since.

The campaign also urged people to lower the show’s rating on IMDB (Internet Movie Database) in an effort to demote its ranking and send a clear message against this act of disrespectful dismissal of the Palestinian people’s struggle.