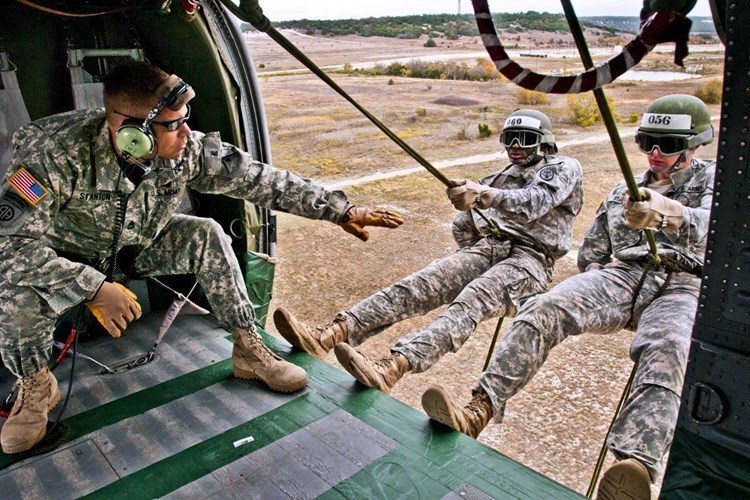 The Syrian news agency (SANA) reported that the US coalition forces carried out an airdrop in the vicinity of Tal Hamis, in the southern countryside of Qamishli.

The agency quoted local sources as saying that a US occupation helicopter carried out, during the past hours, an airdrop, with the support of US occupation forces-backed QSD militants, in the village of Nafael, south of the Tel Hamis District, south of Qamishli.

Additionally, SDF militants raided houses in the village and kidnapped a number of civilians and took them to an unknown destination.

It is worth mentioning that the US forces frequently carry out airdrops in the areas they occupy in cooperation with the SDF militia, during which they kidnap civilians and take them to unknown destinations and sometimes destroy the houses they storm, according to SANA.

At the beginning of this month, the US coalition forces base in the Koniko gas field in the eastern countryside of Deir Ezzor was attacked by missiles, and their forces immediately closed the area, in parallel with the overflight of the occupation aircraft.