Home Politics Report: At Least 22,000 Civilians Were Killed by US Airstrikes Since 9/11 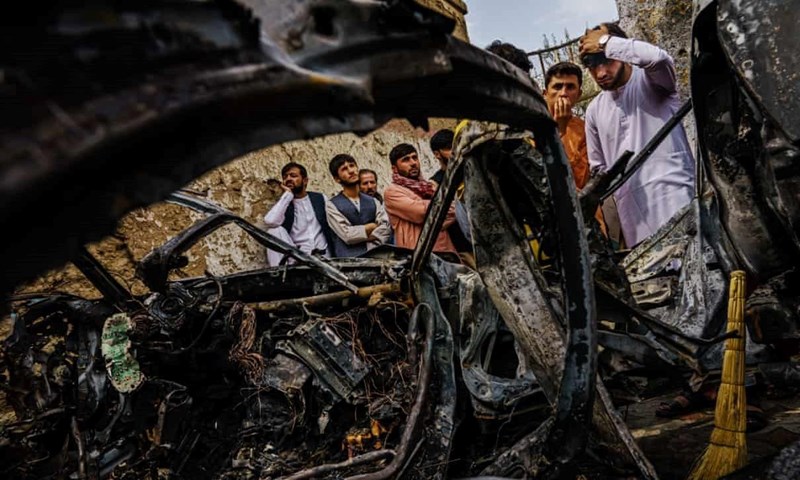 A new analysis published by the civilian harm monitoring group, Airwars, estimated that US drones and airstrikes have killed at least 22,000 civilians and as many as 48,000 since the 9/11 terrorist attacks on the US in 2001.

According to The Guardian, the published analysis revealed that the US military has directed almost 100,000 airstrikes since 2001 under the pretext of the so-called “War on Terror.”

The released data comes ahead of the 20th commemoration of September 11, with US president Joe Biden’s promise to end the “forever wars” led by his country, amid the US troops’ withdrawal from Afghanistan.

Since the beginning of his presidency, Biden has reduced US airstrikes and decided to withdraw the US army from numerous locations where 3 former US presidents have reaped the lands of their livelihoods since 9/11.

The US mentioned that it had conducted at least 91,340 strikes in 20 years, 9,000 of which were against ISIS, Airwars reported. The attacks included Syria, Iraq, and Afghanistan, as well as Yemen, Somalia, Pakistan, and Libya.

According to these numbers, Airwars estimated that the US “likely killed at least 22,679 civilians, with that number potentially as high as 48,308.”

The group described 2003, the year Iraq was invaded, as the deadliest year for civilian victims of US airstrikes since 9/11, where a minimum of 5,529 killed civilians was reported.

The Year 2017 witnessed widespread bombings on Iraq and Syria, and hence ranked the second deadliest year. At least 4,931 civilians were likely killed.

It is noteworthy to mention that around 387,000 civilians were estimated to be killed by all fighting parties during the “War on Terror,” according to reports conducted by Brown University’s Costs of War Programme.