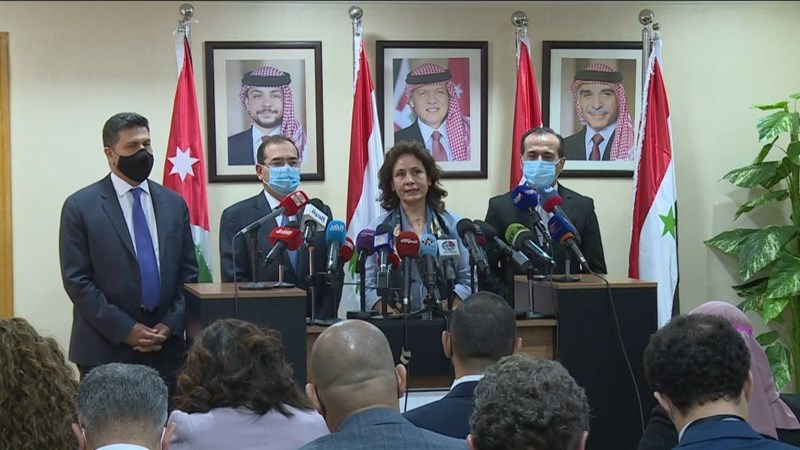 Lebanon’s Energy Minister, Raymond Ghajar, stated during a Syrian, Lebanese, Jordanian and Egyptian meeting in Amman on Wednesday, held to solve Lebanon’s energy crisis, that “we are working with the World Bank to secure finance” for the energy scheme, hoping to secure enough Egyptian gas to generate 450 MW of electricity.

Egypt’s Minister of Petroleum, Tarek El-Molla, said there is a need to inspect the gas transfer infrastructure to supply Lebanon.

Jordan’s Energy Minister, Hala Zawati, stated that the meeting of the energy ministers was to place a roadmap to deliver Egyptian gas to Lebanon, which necessitates that the gas pipeline infrastructure is ready, and the agreements should be ready for review within three weeks.

She added, in a press conference held after a meeting of the energy ministers, that another meeting will be scheduled to export electricity from Jordan to Lebanon, to lay an action plan for agreements, and to ascertain the readiness of the infrastructure, which was damaged in the past years.

The Jordanian capital of Amman is hosting a meeting of these 4 energy ministers to discuss the transfer of gas and electricity from Egypt to Lebanon through Syria.

The energy ministers are looking into a clear action plan and schedule to deliver gas to Lebanon, in addition to the logistical, technical, administrative, technological, and financial needs that would ensure the project’s success for all four countries.

Syrian Minister of Electricity, Ghassan al-Zamel, revealed that 87 km of power lines tying Jordan and Syria to Lebanon have been party vandalized during the past several years.