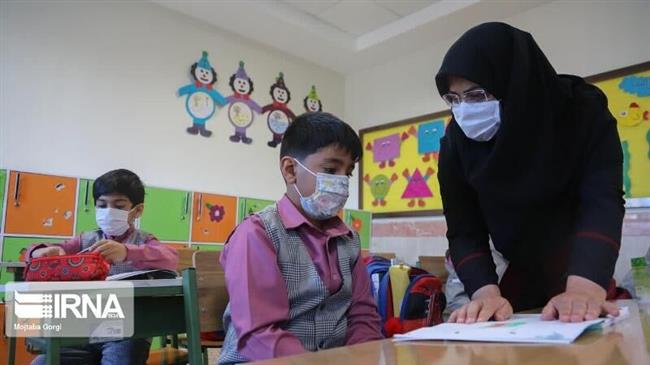 Iranian President Ebrahim Raeisi says his government is intent on reopening schools after two years of closures because of the coronavirus as he insists that his pandemic control program is on the right path.

Raeisi said on Thursday that his administration had taken four major steps in controlling the pandemic since taking office in early August.

He told a meeting of Iran’s National Headquarters for Battling Coronavirus that a fifth major step in pandemic-related measures would be to reopen schools despite concerns that the move could cause a fresh surge in the infection numbers in the country.

“Today preparations are ready for reopening of academic and educational centers and schools under the fifth step,” said Raeisi,

He added that a sixth phase of his government’s pandemic-related measures would be to ease curbs on business and economic activity by introducing technological restrictions on movements and gatherings.

He said on Thursday that vaccination numbers had increased to a record of 1.1 million per day under his watch, adding that the figure could nearly double to two million.

The Iranian president said that disease screening measures had also improved in recent weeks while the country has seen a ramp up in domestic manufacturing and imports of coronavirus vaccines.

“Imports have significantly accelerated in recent days and we have reached (a milestone of) nearly 50 million doses of vaccines,” said Raeisi.

Iran is battling a fifth wave of coronavirus infections some 20 months after the disease started to circulate in the country.

Health ministry figures published on Thursday showed that daily death toll from the virus had plummeted to 505 from records of over 700 seen last month.