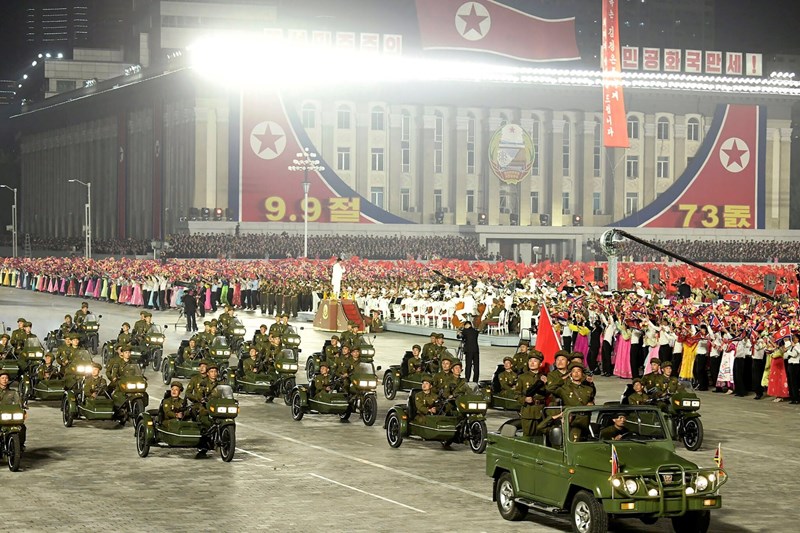 North Korea held at predawn Thursday a military parade to mark the nation’s 73rd founding anniversary. What was so distinguished about this parade was the absence of military equipment that the United States and other western powers would labeled as ‘provocative.’

Korean Supreme Leader Kim Jong Un attended the parade at midnight (6 PM Occupied Jerusalem Time), and it included military reservists, police officers, and factory and health workers. The overall event constituted a deviation from the usual parades which had major Korean military units which usually handled the latest additions to the nation’s arsenal.

This parade neither featured ballistic weapons nor a speech from leader Kim Jong Un. Reportedly, this is because the parade was aimed to boost domestic morale rather than displaying the country’s military strength before the West’s eyes.

One could say that it was more of a “modest” parade to uplift public perceptives rather than showcasing its latest equipment and additions to their arsenal.

North Korea is economically struggling because of the United States-imposed sanctions, prolonged border closures because of the coronavirus pandemic, and flooding that caused food shortages in recent years that paralyzed the country.