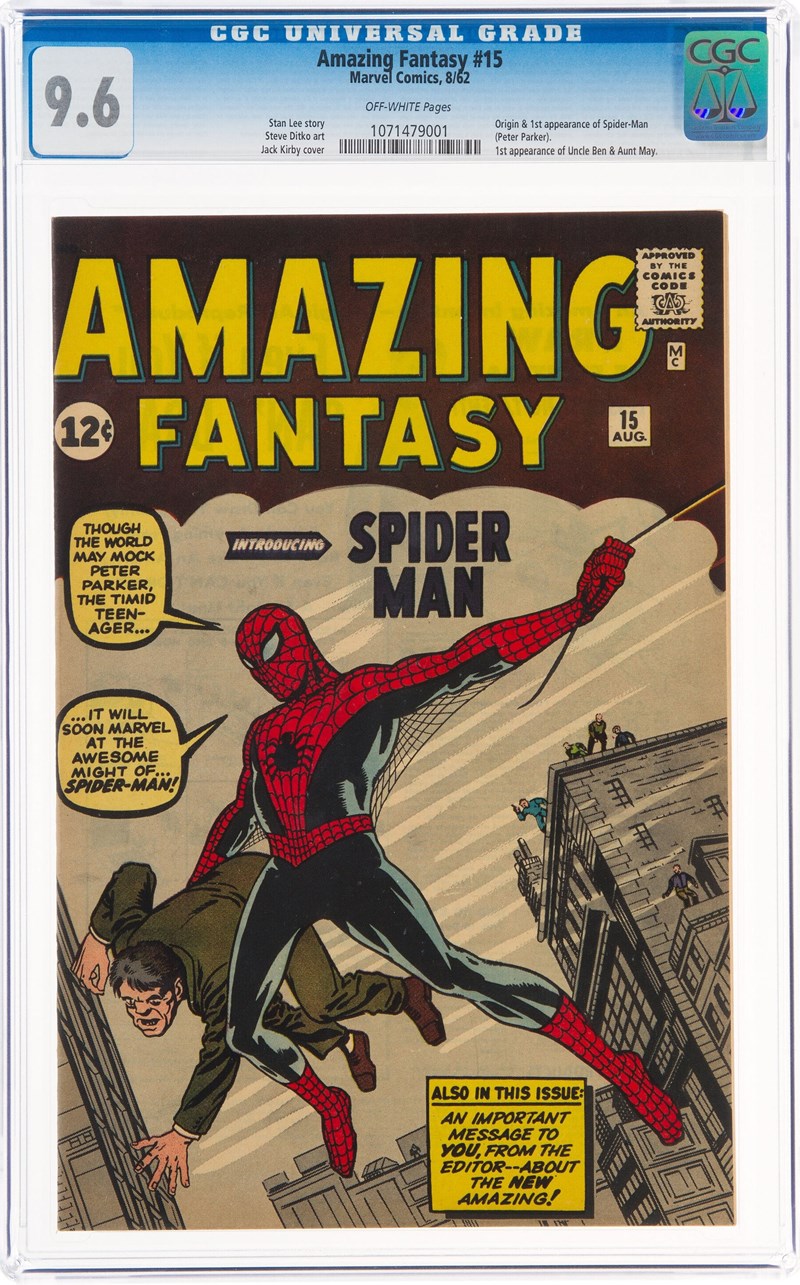 Yes folks, we are talking about Spider-man, the most popular and beloved Marvel Comics character whose first appearance was sold for $3.6 million at the Heritage Auctions, breaking the record previously set by the Man of Steel’s debut in Action Comics #1 which went for $3.25 million back in April.

Peter Parker and his alter-ego Spider-man were first featured in the 1962 comic Amazing Fantasy #15, of which a “pristine” copy was sold, before receiving his own self-titled series “Amazing Spider-Man #1.” Only four copies of the book in mint conditions exist.

Sold for 12 cents at the time, Amazing Fantasy #15 was written by Stan Lee and drawn by Steve Ditko based on characters created by both. The cover, by legendary artist Jack Kirby, featured Spidey swinging and saving a civilian between New York’s buildings, his natural habitat, whilst saying “Though the world may mock Peter Parker, the timid teenager, it will soon marvel at the awesome sight of … Spider-Man!”

The issue is unique for having introduced the great mantra of “With great powers, there must also come great responsibilities” which is well memorized by comic fans worldwide.

Nearly 6 decades later, Spider-man has become one of the most lucrative and cherished franchises of all time at an estimated revenue of almost $28 billion. And to think it all started with a 12 cents paperback comic and the idea of a shy teenager bitten by a radioactive spider.