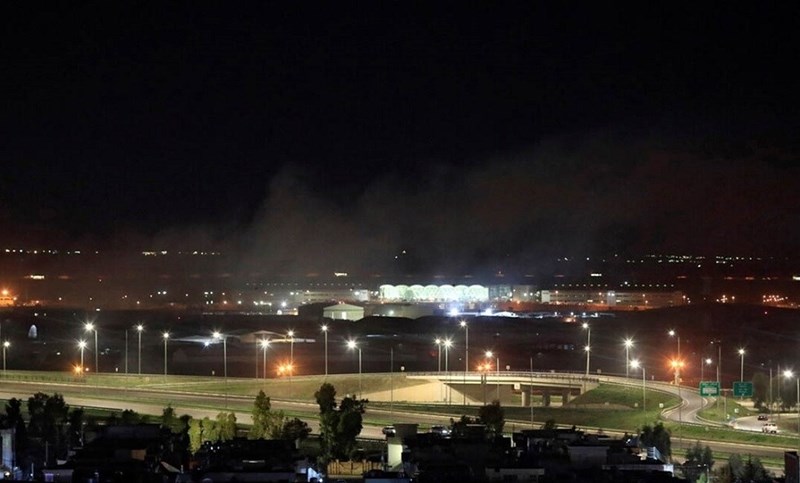 According to Kurdistan’s security force, at least 3 missiles were fired near Erbil International Airport.

Reliable sources told Al Mayadeen that “what was targeted yesterday north of Erbil airport is a Mossad headquarters.”

Furthermore, the sources added that “the targeted headquarters is a spy den of the Mossad, and it was hit with Katyusha rockets.”

Al Mayadeen’s reporter revealed preliminary information about an attack at an American base hosting US forces within the airport.

According to airport director Ahmed Hoshyar, the Anti-Terrorism Unit in Iraq’s Kurdistan Region announced in a statement that an attack was carried out by armed drones, and no damage was inflicted to the airport, where an airbase for the coalition is located.

No casualties have been reported thus far, and flights from the airport have been suspended.

Over the last year, the airport in Erbil, the capital of Iraq’s Kurdistan region, has been regularly targeted, notably by drones carrying explosives.