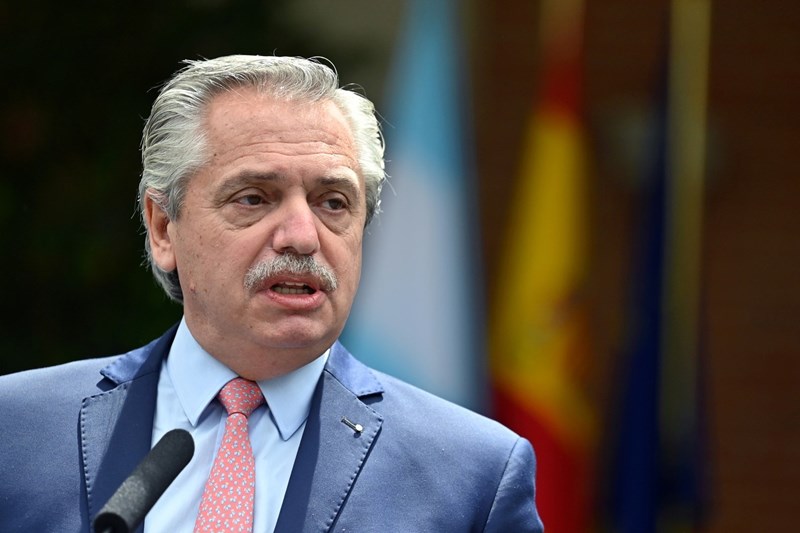 Argentina’s President Alberto Fernandez announced a new cabinet on Friday in a bid to end a political crisis with his Vice President Cristina de Kirchner this week, following an electoral defeat in legislative primaries.

Juan Manzur, governor of Tucuman Province, will take over as Prime Minister from Santiago Cafiero, one of Kirchner’s most controversial officials, the presidency announced.

The new cabinet will be sworn in on Monday.

What caused the political crisis?

The crisis flared up after the resignation of left-wing ministers who allied with Vice President de Kirchner due to the economic crisis, as a result of which the President faced fierce ministerial opposition due to his deputy’s strong criticism.

The formation came one day after Vice President Cristina de Kirchner wrote Fernandez to demand it, thus deepening the crisis gripping the ruling coalition after their defeat in the weekend primaries.

De Kirchner, who ruled Argentina from 2007 to 2015, published a letter on Thursday blaming the president for a “political catastrophe” that she considers was caused by his economic strategy.

She said that their coalition’s loss in the September 12 midterm primaries was largely due to the government’s erroneous policy of fiscal austerity.

In meetings with the President before the voting, de Kirchner said she had repeatedly warned of cuts in spending that negatively affect economic activity and society, and that will undoubtedly have electoral repercussions.