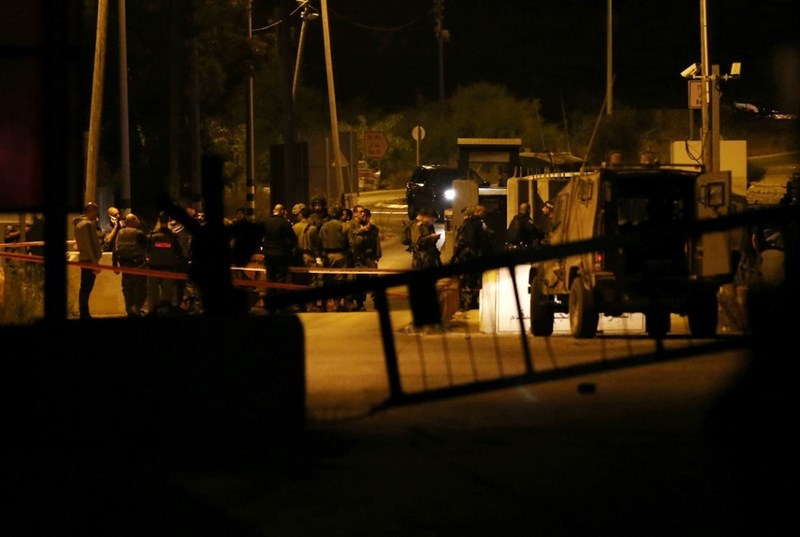 Confrontations between Palestinian youths and the occupation forces broke out on Friday evening near al-Jalama checkpoint, northeast of Jenin (north of the occupied West Bank).

According to eyewitnesses, the Israeli occupation forces at the checkpoint fired stun grenades and tear gas at the young men who took to the streets in support of the four re-arrested prisoners who had broken out of the Israeli Gilboa Prison. No injuries were reported.

The occupation forces had called in reinforcements to al-Jalama checkpoint and to the west of Jenin, during the past few days, after six prisoners had managed to break out of Gilboa prison.

In the same context, the occupation forces continued their search operations in several towns and villages of Jenin in search of the prisoners Munadel Yaqoub Nafi’at and Ayham Fouad Kamamji.

A leader of the Islamic Jihad Movement, Sheikh Khader Adnan, affirmed that unity between all forces and factions and their cohesion with our people in Jenin is the strongest weapon Jenin owns, which has proven that it is stronger and more determined and that it will never yield to the occupation and its threats.

He also warned against the occupation’s incitement attempts against Jenin, which aim at justifying its storming of the city and any crimes it might commit there.

He said that the Movement calls on Palestinians everywhere to stand with Jenin in the face of the occupation that is threatening it and its resistance. He also called for the continuous support for the prisoners in the battle they are now fighting against their jailers.

Hamas warns the Israeli occupation against any foolishness

Hamas warned the occupation of the repercussions of its crimes and violations against the prisoners in its prisons, stating that they are proud of the heroic operation whereby a group of prisoners were able to break out. The Movement also stated that it appreciates the stances of the Palestinian people, depicted in their great solidarity with the prisoners in the enemy’s prisons and the distinguished interaction with the heroes of the Freedom Tunnel.

Hamas also warned the occupation of the consequences of committing any foolishness against the people of the Jenin Camp.

Six Palestinian prisoners had managed to break out of the maximum-security Gilboa Prison in northern occupied Palestine through a tunnel they had dug under their cell.

However, four of the prisoners were re-arrested: Zakaria al-Zubaidi, Mahmoud Abdullah al-Arida, Mohammed Qasim al-Arida, and Yaqoub Qadri, while the Israeli occupation forces continue to search for the two prisoners who are still free, Munadel Yaqoub Nafi’at and Ayham Fouad Kamamji.