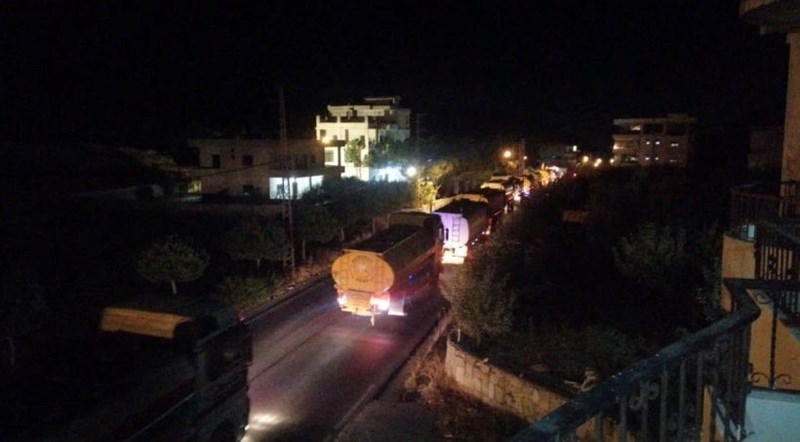 Al Mayadeen correspondent reported that the second group of diesel tankers (of the first shipment), which Hezbollah brought from Iran for the people of Lebanon, has crossed the Syrian border toward Lebanon. Images of the new batch entering Lebanon last night were circulated on social media.

On Thursday, the first batch of 104 diesel tankers had arrived in Lebanon.

Earlier, Hezbollah Secretary-General Sayyed Hassan Nasrallah called on people to refrain from organizing any popular gatherings in Baalbeck in celebration of the diesel trucks’ arrival. Meanwhile, the Director of Al-Amana Petroleum, which is set to distribute the fuel, told Al Mayadeen that the shipment is being unloaded in the company’s silos throughout Lebanon.

In a related context, the Lebanese authorities began on Friday to unload the first shipment of refined Iraqi fuel, which arrived in Lebanon in accordance with an agreement between the two countries, whereby Iraq is to provide Lebanon with heavy fuel for an entire year.

It is worth mentioning that Lebanon is experiencing a severe fuel crisis that has paralyzed most of its vital sectors.