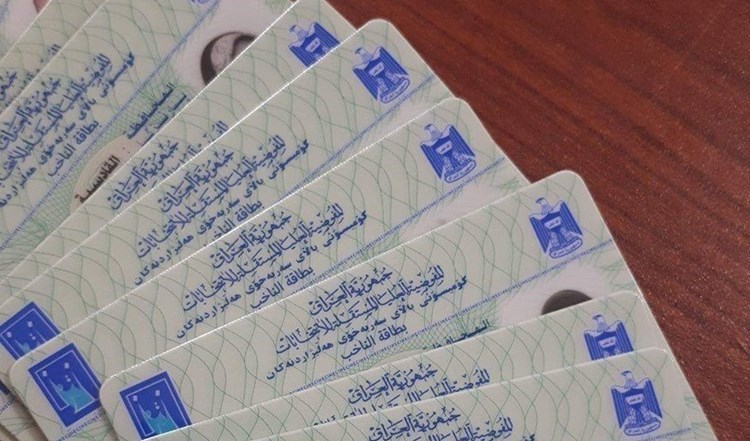 The Independent High Electoral Commission clarified that the voting of the security forces, prison inmates, and the displaced, which will take place on the eighth of next month, will be via the biometric card exclusively.

Commission Spokeswoman Joumana al-Ghalay said that “each voting station includes a directory of candidates for special voting,” stressing that any error in the information in the voter’s paper will hinder its receipt in the voting machine.

She added that “those who have recently joined the security services should visit the nearest electoral registration center to update their information and receive the biometric voting card.”

In the same context, the Independent High Electoral Commission clarified the mechanism for the participation of voters abroad in the upcoming parliamentary elections, whilst confirming that their cards cannot be used by their relatives who are inside Iraq. A member of the Commission’s media unit, Mohannad Mustafa, told the Iraqi News Agency (INA), given that the elections from outside Iraq were canceled, the voters living abroad can only vote by coming to Iraq, staying in their residential areas, and heading to the electoral centers to participate in the electoral process.

On October 10, about 25 million voters will be choosing their representatives from among about 3,249 candidates competing over 329 seats in the Iraqi parliament.

It should be noted that these elections were originally scheduled for 2022, but the date was changed upon a government pledge following the 2019 protests.

Iraq Mechanism
Previous ArticleBagheri: No Leniency with Any Hostility at Our Borders
Next Article Syrian Oil Ministry: Arab Gas Pipeline Back in Service