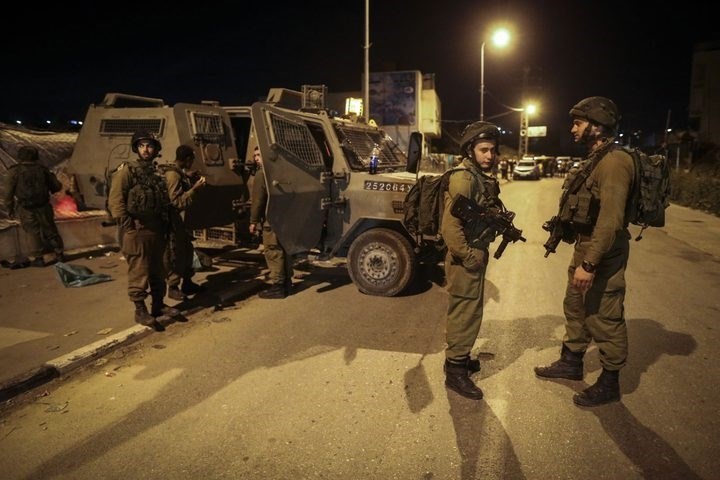 A spokesperson for the Israeli occupation forces said that “in a joint operation between the army, the Yamam forces, and the Shabak, the last two prisoners who escaped from Gilboa prison were arrested in the Jenin area and brought in for questioning.”

Israeli media reported that two people who helped the two prisoners were also taken into custody and brought in for questioning.

Al Mayadeen correspondent confirmed that “the youth of Jenin confronted the occupation forces with bullets in more than one neighborhood in the city,” noting that “a large occupation force raided Jenin and surrounded its homes, and the people were quick to respond with bullets.”

Israeli media reported that large forces of the Israeli army entered the eastern part of Jenin as part of security activities to find out the whereabouts of the remaining two prisoners who escaped from Gilboa prison.

The Israeli newspaper Yedioth Ahronoth indicated that the Israeli occupation forces cordoned off a specific house in the area. Meanwhile, the Israeli media pointed out that “the Yamam Special Unit withdrew from Jenin after the arrest of the remaining two prisoners who broke out of Gilboa Prison.”

On September 10, the Israeli occupation forces arrested the first two prisoners from Gilboa prison, Yaqoub Qadri and Mahmoud al-Arida. Then, on September 11, it arrested two others, Zakaria al-Zubaidi and Mohammad al-Arida.

The 6 prisoners had broken out of Gilboa prison near the occupied city of Beisan, at dawn on Monday, September 6th. This prison is considered one of the most fortified prisons of the Israeli occupation.

Regarding the liberation process, the prisoners’ lawyer explained that the operation “was planned for 9 consecutive months”, and that the prisoners erased all their content from their mobiles and were monitoring the news.

The military spokesman for the Izz ad-Din al-Qassam Brigades, the military wing of Hamas, Abu Obeida, had confirmed on September 11 that “any exchange deal will not take place unless it includes the prisoners who broke out of Gilboa prison,” stressing that “re-arresting the heroes of the Freedom Tunnel does not obscure the shame inflicted on the Israeli security establishment.”