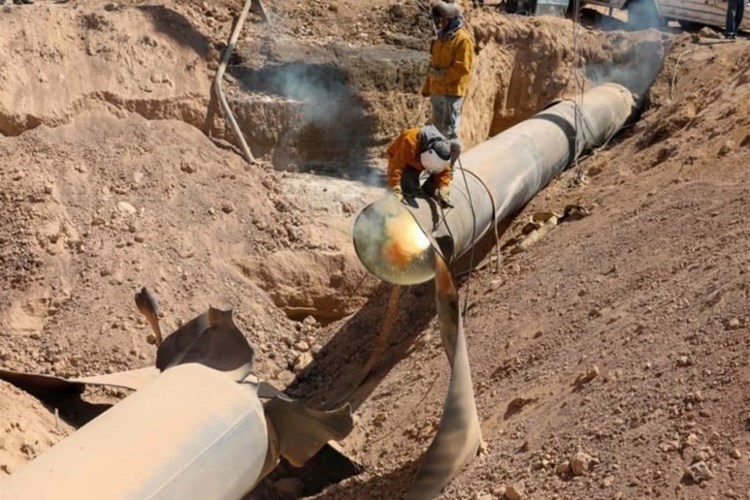 On Saturday, the Ministry of Oil and Mineral Resources in Syria announced the return of gas to the Arab gas pipeline after it was repaired.

The Ministry had announced the commencement of repair operations on Saturday morning after a terrorist attack targeted in the Harran al-Awamid region, which led to the cessation of gas supply to the southern region and the suspension of several power plants in the region.

A week ago, the Syrian Minister of Oil and Mineral Resources, Bassam Tohme, announced that the Arab gas pipeline is ready to transport Egyptian gas to Lebanon.

It is worth noting that the agreement states that Syria is entitled to certain quantities of gas in exchange for its passage through Syrian territory.

Moreover, this is not the first attack on the Arab gas pipeline inside Syrian territory in the Damascus Countryside.