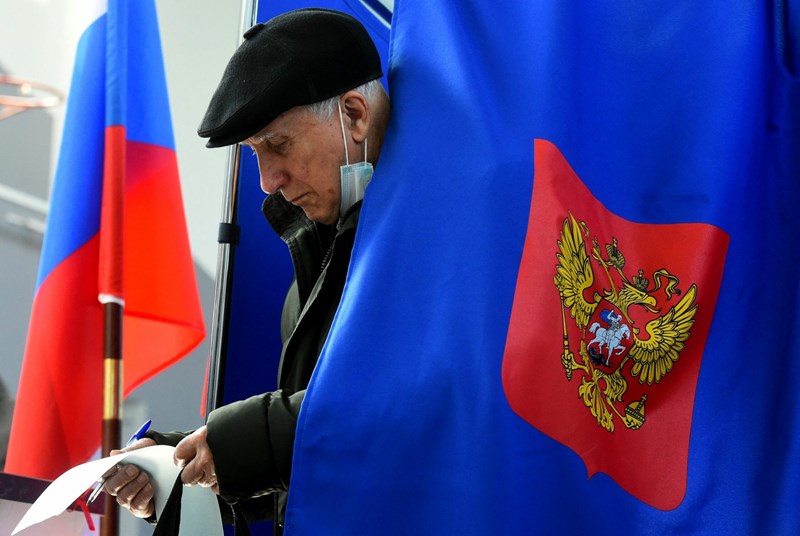 The newly emerging Liberal Democratic Party came in third with 9.6 percent of the votes, followed by the centrist A Just Russia party. This data came after counting the results of 9 percent of the polling stations.

A poll conducted with voters outside polling stations showed that the United Russia party led the elections with 45.2 percent of the votes, as the Communist Party came in second with 6.67 percent.

It is noteworthy that in the last elections held in 2016, United Russia won 54.2 percent of the votes, while the Communist Party received 13.3 percent.