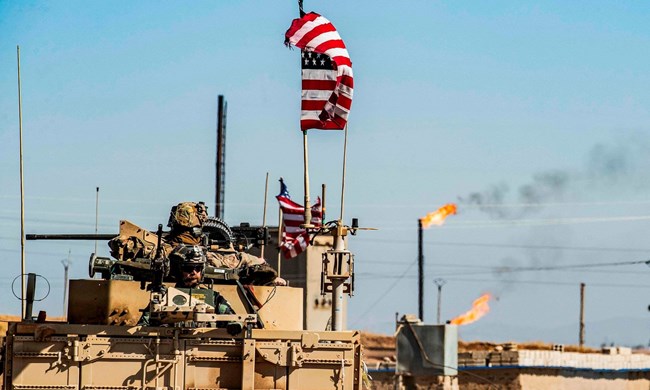 Dozens of ISIS members who were imprisoned in SDF jails in al-Qamishli were transported by US forces to a US base south of al-Hasaka.

Syria’s SANA news agency said two US military transport planes landed in a US army base in al-Shaddadi and around 60 ISIS members, most of whom are Iraqi, Saudi, and Tunisian nationals, were brought in from SDF prisons after receiving Covid vaccines.

A few days ago, US forces carried out an airdrop at the outskirts of al-Hasaka, whereupon it kidnapped two civilians.

Local sources told SANA that a US forces helicopter carried out the airdrop with the support of SDF militants and its members raided houses in the area, kidnapped two civilians, and took them to an unknown destination.