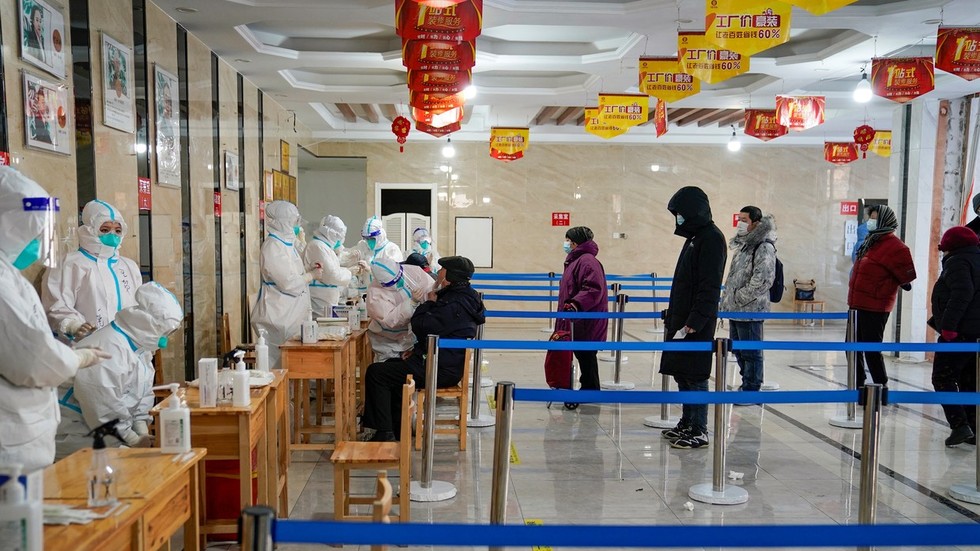 China’s Harbin shuts down spas and entertainment venues, orders people not to leave city after reporting one Covid case

Authorities in Harbin, China have imposed a slew of restrictions and ordered a range of venues – including spas, cinemas and mahjong salons – to temporarily close after detecting a Covid case in the Northeastern city.

On Tuesday, local officials urged residents to stay put in the capital of the Heilongjiang province to stop the virus from spreading elsewhere. In case of essential travel people are required to show a green health-code pass to prove they are safe.

Public spaces, such as entertainment venues including karaoke halls, dance and game venues, as well as pedicure and massage salons, were instructed to halt their services to stop Covid spreading in closed spaces.

Religious sites, as well as large-scale conferences and events, have also been subject to close. Tourist attractions are required to work at half capacity and stagger the flows of people.

The heightened measures come after one positive Covid case was reported just as China is set to celebrate its Mid-Autumn festival on Tuesday. Another major event, the week-long National Day holiday, is due to start on October 1.

According to figures from the National Health Commission, China reported 72 new coronavirus infections across the mainland for September 20. The southeastern province of Fujian saw a recent uptick in Covid-19 cases, which sent the region into a lockdown last week.

Beijing announced on September 16 that it has fully vaccinated 1 billion of its population against the disease, with Chinese vaccines used at the forefront of the mammoth inoculation campaign.

In August, the city of Wuhan, where the novel coronavirus is suspected of originating almost two years ago, tested its 12 million residents in just six days after detecting cases of the more contagious Delta variant.