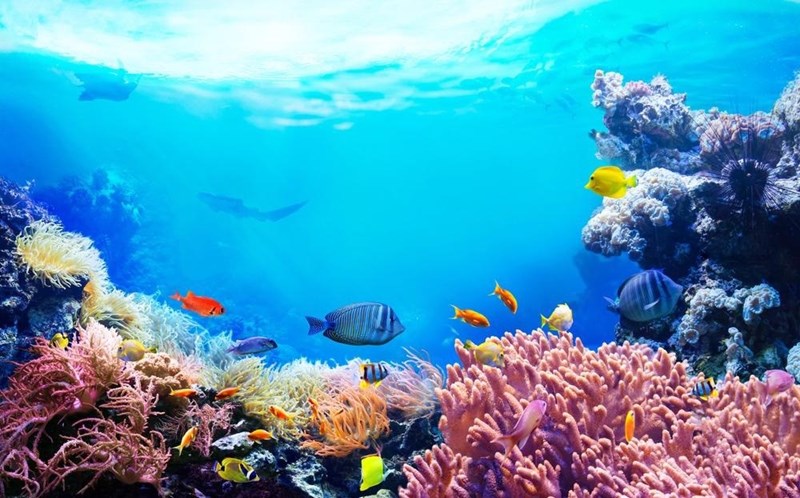 Planet Earth Loses Half Its Coral Reefs since 1950

It has always been known that reefs are in danger, but a new study published in the journal One Earth assessed the size of coral losses around the world. The study reveals that half of the coral reefs have been lost since the 1950s, and scientists believe this is caused by climate change, overfishing, and pollution. These factors are wiping out these already vulnerable fragile ecosystems and putting communities and livelihoods at risk. As a matter of fact, the study goes as far as to underscore the rapid pace of global coral collapse.

“Coral reefs have been in decline worldwide—I think that’s pretty commonly accepted,” says Tyler Eddy, a research scientist at the Memorial University of Newfoundland who co-authored the study. “We didn’t necessarily know the magnitude of how much, when we looked on a global scale, that reefs had declined.”

What are coral reefs?

Coral reefs are biodiversity hubs that house fishes, protect coastal communities, and generate billions of dollars for fisheries and tourism. According to biologist Mary Hagedorn, one of the reasons why corals are dying is that they are super sensitive to changes in water temperature and acidity, both being by-products of climate change.

“Corals have skeletons, which makes them seem like rocks,” says Hagedorn, but they are animals with symbiotic partners. Coral polyps rely on colorful algae, called zooxanthellae, which live in their tissue and produce food the corals need for survival. When the polyps are stressed by changes in light, water temperature, or acidity, they break that symbiotic relationship and expel the algae in a process called bleaching. Corals have a short window to regain their symbiotic algae, but if corals are stressed for too long, their death is irreversible. “There is not a reef on earth that has not been touched by some aspect of this global and local threat,” says Hagedorn.

In addition to the fact that half of living corals have died since the 1950s, researchers have discovered that biodiversity associated with coral reefs has dropped by 63%. Healthy reefs support thousands of different corals, fish, and marine mammals, but the reefs that undergo bleaching lose their ability to support as many species.

It was also found that catches of coral reef fishes peaked in 2002 and have been declining since then, despite increased fishing efforts. The study also showed that the loss of coral species wasn’t equal across reefs, with certain corals proving to be more sensitive than others, leading biologists to worry that some vulnerable coral species will be lost before documenting or preserving them.

How does the loss of coral reefs affect humans?

The connection between human communities and reefs is also discussed in the study. Losing ecosystems is tragic, but what does such a loss mean for people? “Coral reefs play this really important function in providing indigenous and local communities with vital micronutrients, and if they lost them, it could lead to severe implications,” ecologist Christina Hicks says.

“There are lots of strategies for saving coral reefs and for bringing down carbon emissions, and people often debate about what’s most effective,” says Hicks. “What this study says is that it’s even more vital that we act now, and that we act in all directions.”