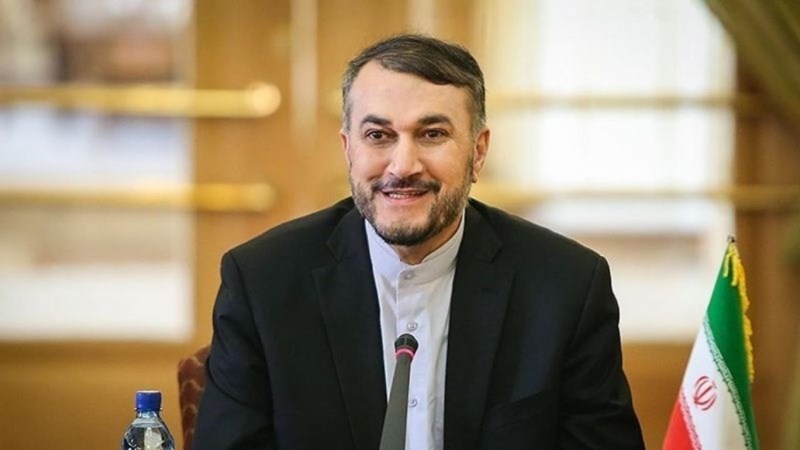 Iranian Foreign Minister Hossein Amirabdollahian revealed that his country is seriously studying the outcome of previous rounds of negotiations regarding the nuclear deal.

During his meeting with the EU’s foreign policy coordinator in New York, Amirabdollahian pointed out that the Iranian government is seeking practical results from the upcoming negotiations, adding, “We do not accept the US’ unconstructive behavior, and we will not disrupt our country by waiting for previously tested empty promises.”

For his part, the EU’s external relations official, Josep Borrell stated that the US bears the responsibility for the current tense situation, adding that everyone should cooperate to reach a satisfactory result.

The Iranian foreign minister also revealed during his meeting with his German counterpart in New York that “the new Iranian government will not tie its internal economy to the nuclear agreement.”

He stressed that the upcoming rounds of negotiations aim at ensuring the US’ return to the deal and abiding by its amendments, never to breach it again, instead of concluding a new agreement.

For his part, the German Foreign Minister welcomed the recent agreement between Iran and the International Atomic Energy Agency (IAEA) and stressed the need for all parties to make an effort for the success of the Vienna negotiations.

Saeed Khatibzadeh, the Iranian Foreign Ministry spokesman, revealed that the Vienna negotiations will start again in the next few weeks, pointing out that the involved parties (4+1) have been briefed in this regard.

In a statement to the Iranian IRNA news agency from New York, Khatibzadeh stressed that the Vienna negotiations are one of the main issues covered in bilateral talks with the EU’s foreign policy chief, Josep Borrell, and the foreign ministers of the (4+1) countries.

Earlier this month, Amirabdollahian, during a telephone conversation with his French counterpart, Jean-Yves Le Drian, stressed the need for Europe and the US to return to the nuclear agreement.

On the other hand, US President Joe Biden stressed, in a speech to the UN General Assembly, that Washington “will return to  full compliance with the nuclear agreement if Iran does the same.”