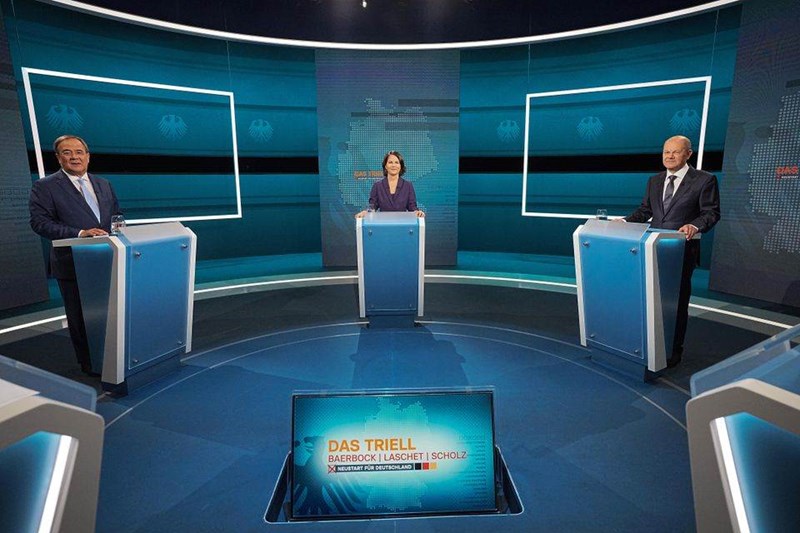 With chancellor Angela Merkel’s term nearing its end as she is due to leave her office on Sunday, speculations rise about the performance of the German economy since the next government is almost certainly going to be formed by a coalition.

An article published by CNBC predicts that the next coalition forming the German government would have a considerable effect on the economy of the country. According to Eurostat as per the article, almost a quarter of the EU’s GDP is generated by Germany in 2019 (24.7%).

Polls predict that the left-leaning Social Democratic Party (SDP) will lead with 25% support, while the currently ruling conservative Christian Democratic Union-Christian Social CDU-CSU alliance will get 22%. The Greens stand at 15%.

Ifo Institute for Economic Research and newspaper Frankfurter Allgemeine Zeitung conducted a survey on 153 economists at German universities, asking them “how different coalition formations could affect Germany’s economic growth, unemployment, public debt, and income inequality,” said the article. Respondents were asked to determine which will be the best and worst coalition to perform in affecting each of the mentioned above economic factors.

The numbers show that most of the surveyed German economists believed that a left-leaning coalition would cause the lowest economic growth, and highest unemployment rate (77%), as well as an increase in the national debt (86%). On the positive side, such an alliance will have a positive effect on income inequality (55%).

On the other hand, 44% of the surveyed economists believed that a coalition of the ruling CDU-CSU and the pro-business FDP, called a Black/Yellow coalition, would be the most beneficial in terms of economic growth although the worst in terms of income inequality (70%) as well as in carbon emissions produced (56%).

According to “analysts from Teneo Intelligence,” coalition formation may take some time as the 26 September elections are getting closer. SDP continues to lead in polls, and the current ruling alliance is in second place, but the “CDU-CSU [Christian-democratic political alliance] candidate Armin Laschet could still try to outmaneuver Scholz,” the SDP candidate, with unexpected alliances.

As the CDU-CSU was in power for 16 years, Scholz said that he thinks that many voters want to see the alliance “go in opposition again” as he expressed in a TV debate between the main chancellery contenders in the upcoming elections. as per the article.