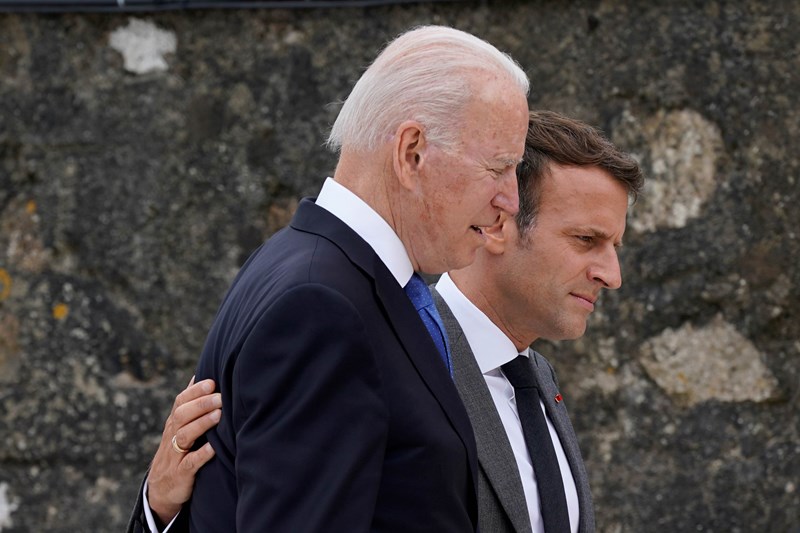 US President Joe Biden and French Counterpart Emmanuel Macron spoke Wednesday – a first since the whole quarrel over AUKUS – which saw the US and the UK selling nuclear-powered submarines to Australia. That deal led to Canberra severing a multi-billion dollar deal with Paris on conventional submarines. The two presidents agreed to ease tensions in light of said row.

The two presidents spoke on a call and afterward issued a joint statement vowing to launch a process of “in-depth consultations” to restore confidence between their two countries. The joint statement also said they agreed to meet in Europe at the end of October without specifying a location.

The White House statement more or less acknowledged the French anger, saying that the situation “would have benefited from open consultations among allies on matters of strategic interest to France and our European partners.”

The statement also said the United States recognized the necessity of better European defense to complement NATO, an idea which the French President brought up on multiple occasions.

In the first sign of easing tensions between Washington and Paris, Macron agreed to send back the French ambassador to the United States. France had recalled him last week in an attempt to diplomatically protest AUKUS.

The meeting that would bring together the US and French presidents would seek to “reach shared understandings and maintain momentum in this process to restore confidence,” the statement added.