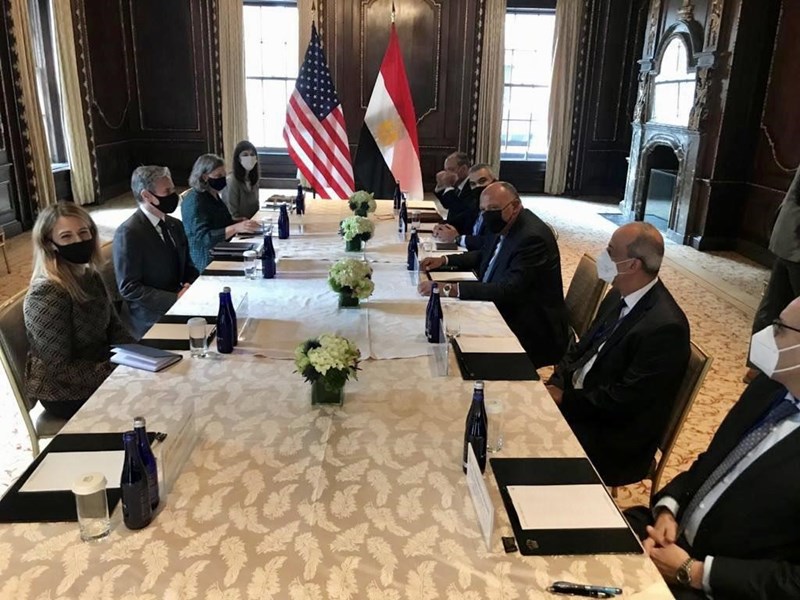 Blinken Discusses Bilateral Relations and the Renaissance Dam with Shoukry

US Secretary of State Anthony Blinken met with the Egyptian Foreign Minister, Sameh Shoukry, on the sidelines of the UN General Assembly in New York.

The official spokesman for the Foreign Ministry explained that the meeting included a discussion on a range of political, security, and economic aspects of bilateral relations.

Media sources reported that among the discussions were the topics of occupied Palestine, diplomatic efforts in Libya, and the Renaissance Dam.

Blinken alluded to a strengthened partnership with Egypt’s government to improve its protection of human rights, including the implementation of measures of the National Human Rights Strategy which was launched by the Egyptian government last week.

The 76th session of the  UN General Assembly is attended by more than 100 countries and is scheduled to continue until Monday.