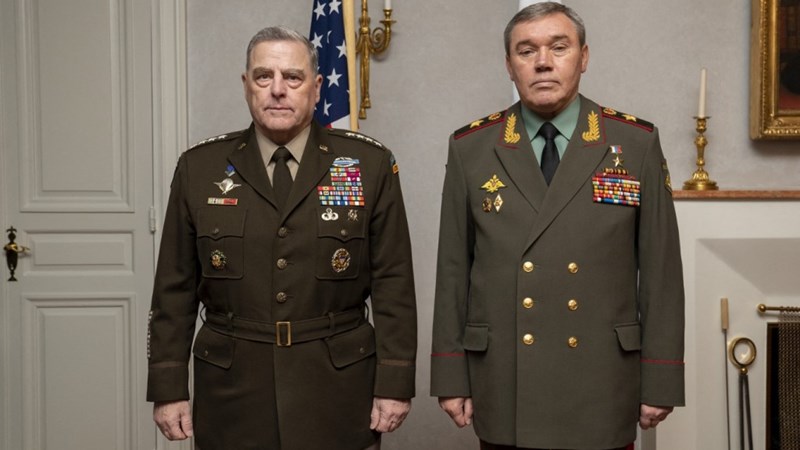 The Chairman of the Joint Chiefs of Staff, General Mark Milley, met Wednesday with Chief of Russian General Staff, General Valery Gerasimov, in Helsinki, Finland. The details of the talks remained obscure, as the two sides agreed not to disclose them.

However, the two parties said the meeting was productive, saying it “makes the world a safer place” when “military leaders of great powers communicate.”

This meeting, the first between the two senior generals since December 2019, aimed at “improving military leadership communication between the two nations for the purposes of risk reduction and operational de-confliction,” said Colonel Dave Butler, Milley’s spokesman.

As the complete withdrawal was announced, US President Joe Biden asserted that Washington would maintain its capabilities around Afghanistan, so it does not become a ‘safe haven’ for armed groups such as Al-Qaeda and ISIS, as it was during the Taliban rule before 2001. US military leaders said they can conduct counterterrorism surveillance and – if necessary – strikes in Afghanistan from military assets based in other countries.

The countries in the Russia-led Collective Security Treaty Organization announced a few days ago that they would not accept any foreign military bases inside their territories.

Kazakhstan, a treaty member, said it supports the CSTO’s common position that the status of Afghan refugees or the deployment of foreign military bases on their territory is unacceptable.