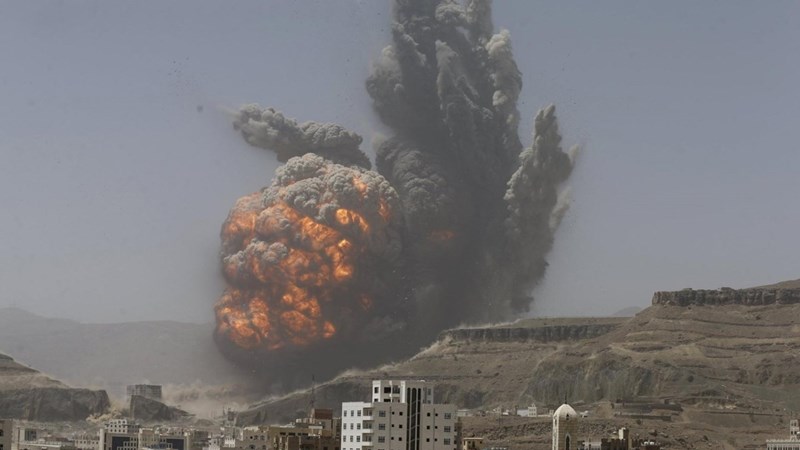 An Al Mayadeen correspondent in Yemen reported deaths and injuries following the continued confrontations between the Yemeni Army and Popular Committees and Hadi forces who are backed by the Saudi coalition.

Violent confrontations continue between the Yemeni Army and Popular Committees and Hadi forces. Military reinforcements have been deployed between the districts of Juba and Harib Bayhan in northeast Yemen.

Explosions also broke out in the Al-Khishina camp in Al-Juba district after missile strikes by the Yemeni army and popular committees targeted depots inside a military camp for Hadi forces and the Saudi-led coalition.

Coincidingly, the Saudi coalition reported the detection and destruction of five booby-trapped planes and a ballistic missile launched from Yemen at Saudi Arabia in recent hours.