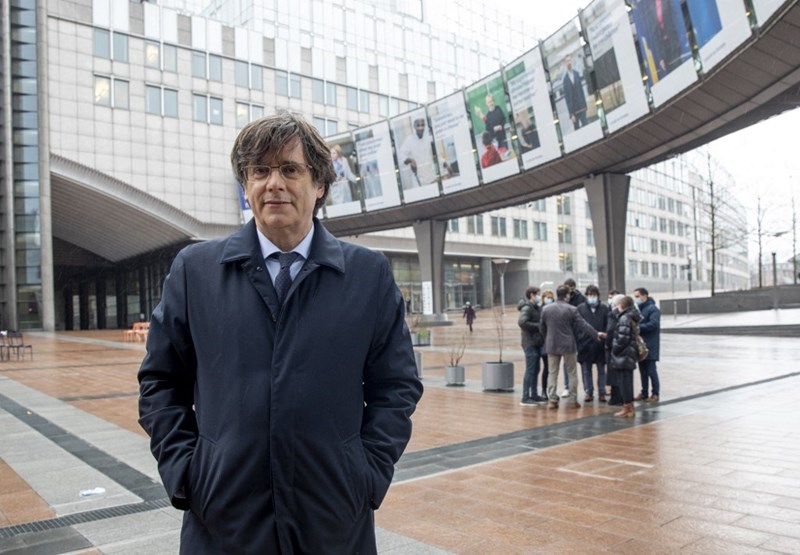 Separatist member of the European Parliament and former President of Catalonia, Carles Puigdemont, was arrested Thursday in Italy.

Puigdemont has been living in exile in Belgium since 2017 to escape Spanish prosecution, after the secession attempt of Catalonia in the same year.

His lawyer, Gonzalo Boye, revealed that the former Catalan president was arrested on his arrival in Sardinia based on a European arrest warrant dated October 14, 2019.

“On arrival at Alghero airport, the police stopped him at the Italian border. The president will appear on Friday before the judges of the Sassari Court of Appeal, which is competent to decide on the issue of his release or extradition,” his chief adviser, Josep Luis Alli, said.

Supporters of the secession of Catalonia protested on September 11th in the streets of Barcelona, Spain, on the back of divisions within the movement, four years after trying to try to secede, and days before the resumption of negotiations with Madrid.

These talks, which were held only once before the outbreak of the pandemic, are aimed at finding a solution to the crisis in Catalonia.

On 9 March, the European Parliament lifted the parliamentary immunity of Puigdemont and two other pro-secession MEPs, a measure confirmed by an EU court on 30 July.

The Catalonian leader is being prosecuted for “inciting sedition” and “embezzling public funds.”

Since the failed secession bid in 2017, the Catalonian separatist movement has been marked by deep divergences over the strategy to be adopted. Moderates advocate dialogue with Madrid, while hardliners continue to support unilateral secession, as in 2017.

In October 2017, the Catalan authorities, headed by then-President Carles Puigdemont, held a referendum on independence, defying the ban imposed by the Constitutional Court. Madrid responded by placing the region under trusteeship and arresting separatist leaders who had not fled abroad.