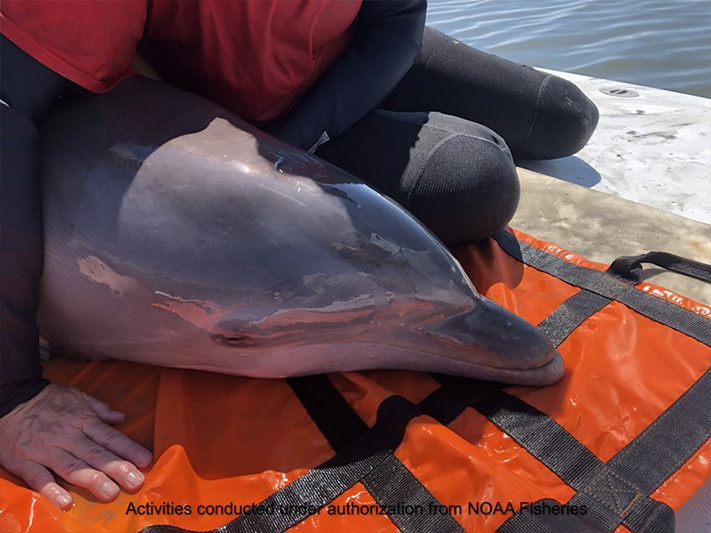 It took a group effort to rescue the dolphin stranded in the shallow waters over the weekend. Several volunteer groups took part in the rescue mission.

“We made sure we had everything we needed to do it safely for the animal and the people,” Texas Marine Mammal Stranding Network Executive Director Heidi Whitehead told KIII-TV.

“But we knew it was at utmost importance we got out there as quickly as possible and get that dolphin rescued,” Whitehead added.

The dolphin was returned safely to deeper waters following its rescue.