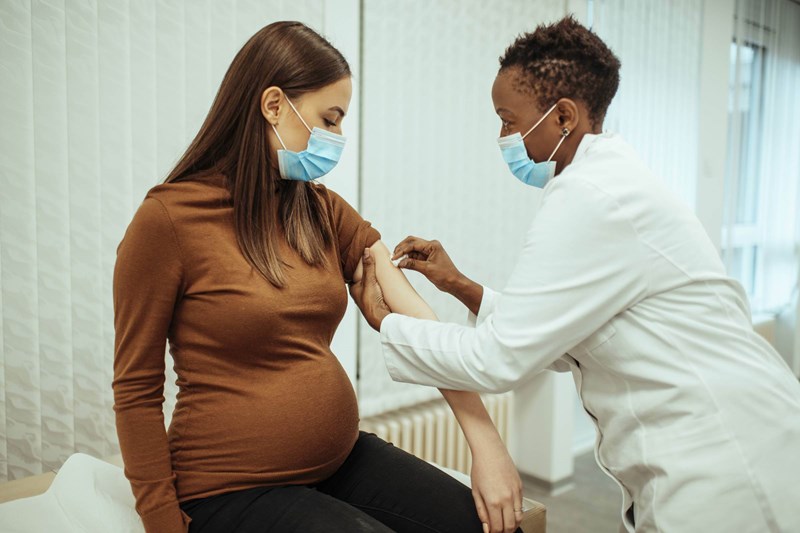 According to a study in the American Journal of Obstetrics and Gynecology which was published on Wednesday, babies whose mothers received an mRNA vaccine against COVID-19 received a high level of protective antibodies.

Doctors examined umbilical cord blood from 36 infants whose moms had received at least one dose of a Pfizer (PFE.N)/BioNTech or Moderna mRNA vaccine (MRNA.O). All 36 newborns exhibited high levels of antibodies that target the spike protein on the virus’ surface, and the antibodies could all be linked back to the mothers’ vaccinations.

Co-author, Dr. Ashley Roman of New York University, said that “The antibodies that the mother is generating to the vaccination are crossing the placenta and are likely to impart advantages for the child when it’s delivered.”

According to a report published on Thursday in Science, a new COVID-19 “antibody map” is assisting researchers in identifying antibodies that will be able to neutralize the coronavirus even after it mutates.

It is unclear if the timing of immunization during pregnancy affects the baby’s antibody levels.

It’s unknown how long the antibodies remain in the infant, according to Roman. However, the existence of these antibodies in cord blood, which is the fetus’ blood, implies that the infant may benefit from maternal immunization as well.

This year, several countries advised that pregnant women receive COVID-19 vaccines after concluding that they are safe.

It stated that its decision was based on accumulated data on the safety of vaccines during pregnancy for both the fetus and the mother.

ISS recommends that women who want to get vaccinated in the first trimester of pregnancy discuss the risks and benefits with a doctor, citing evidence that fever, one of the vaccine’s probable side effects, might raise the chance of congenital malformations.

In July, the European Medicines Agency stated that there were no safety concerns, and in August, the US Centers for Disease Control and Prevention advised that pregnant women be vaccinated.