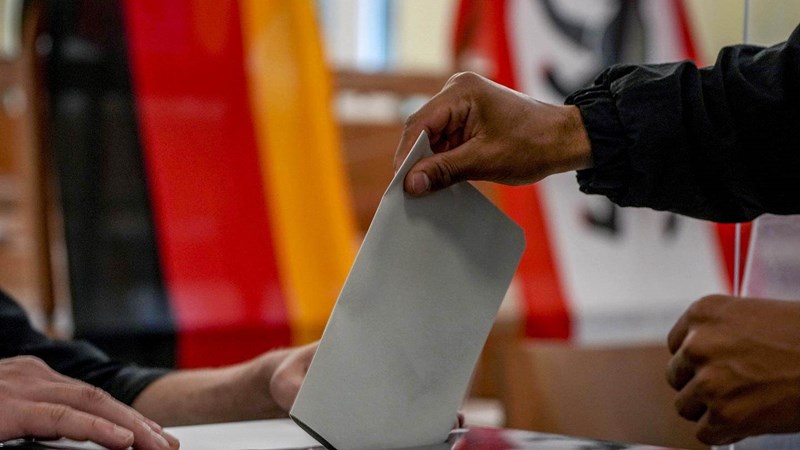 Voter turnout for the German federal elections taking place, on Sunday, registered a noticeable increase compared to 2017, with many states witnessing a large turnout in the first few hours of voting.

A few hours after the polls opened in Germany to choose the country’s new parliament, the highest voter turnout rates until mid-day were registered in a number of states.

In Lower Saxony, 14.3% of voters had cast their ballots within the first two hours, according to the state’s elections chief.

In Munich, the capital of Bavaria, 60% had cast their ballots by 11 am and no such numbers were registered in the 2017 elections until 2 pm.

In Baden-Wurttemberg, specifically in Stuttgart, the turnout reached so high a level that election superintendents expected the numbers to reach 79.7%, including the mail-in ballots, by the end of the day.

The largest cities in North Rhine-Westphalia State also registered similar numbers. In Cologne, 27.92% had cast their votes by 2 pm. In the 2017 elections, Cologne’s numbers were at 26.2% by 2 pm. The polls open in Germany at 8 am.

As for Berlin, which also has local elections taking place alongside the federal elections, the turnout was at 27.4% by 12 pm, only a little higher than the 2017’s for the same time of day.

As for their competitor for the chancellery, Christian Democratic Union candidate Armin Laschet, was seen casting his vote in Aachen.

German media outlets noted that Laschet did not fold his ballot properly when he cast his vote, making his choice obvious for others. This goes against Germany’s principle of confidentiality, which obliges all voters to hide their ballots, as per the German electoral law.

In the last polls, the conservative camp, which German chancellor Angela Merkel is part of, scored its worst result since 1949, with 23% of the vote, as opposed to 2017’s 32.8%.