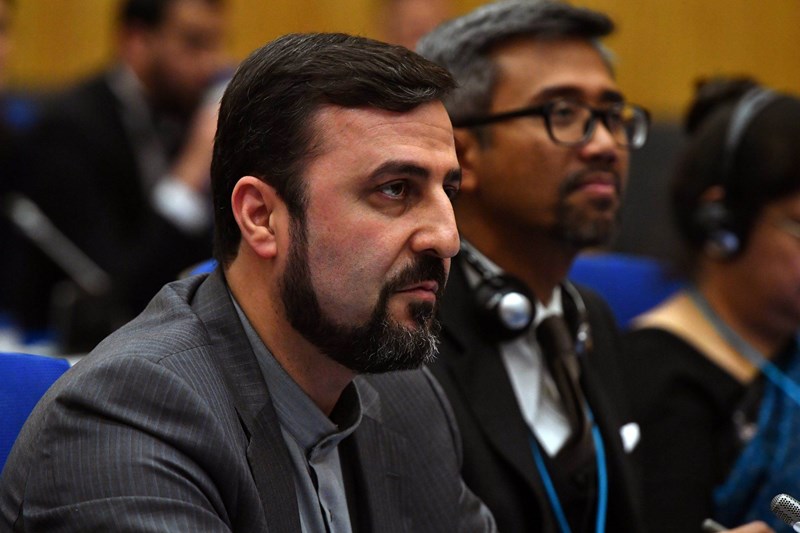 Kazem Gharibabadi, Iran’s Ambassador and Permanent Representative to the United Nations, criticized the IAEA’s report on the TESA Karaj complex, saying “it is not accurate and goes beyond agreed terms of the joint statement.”

Gharibabadi’s statement came in response to the IAEA’s report presented by the Secretary-General on Sunday regarding Iran “not allowing the IAEA to replace its cameras” in the TESA Karaj complex.

“The (IAEA) Director General (Rafael Grossi) stresses that Iran’s decision to not to allow agency access to the TESA Karaj centrifuge component manufacturing workshop is contrary to the agreed terms of the joint statement issued on 12 September,” the IAEA had said.

“It’s deeply regrettable that after 3 terrorist attacks in Iran’s nuclear facilities during the past year, the Agency has not yet condemned them, as it is required to do so by General Conference and the General Assembly resolutions and even for the sake of its own equipment, safety, and security of its inspectors,” Gharibabadi said in a series of tweets.

The representative also asserted that all of Iran’s decisions made on monitoring equipment are not based on legal considerations, but rather on political ones. “The Agency cannot and should not consider it as one of its entitlements,” he added.

The joint statement issued on September 12 between the head of the Atomic Energy Organization of Iran and the Secretary-General of the IAEA was “achieved due to Iran’s goodwill,” he asserted. “The Director General’s report on Sep 26 isn’t accurate and goes beyond the agreed terms of the joint statement.”

Mohammad Eslami, the head of the Atomic Energy Organization of Iran, called on the IAEA a few days ago to avoid politicization in its performance.