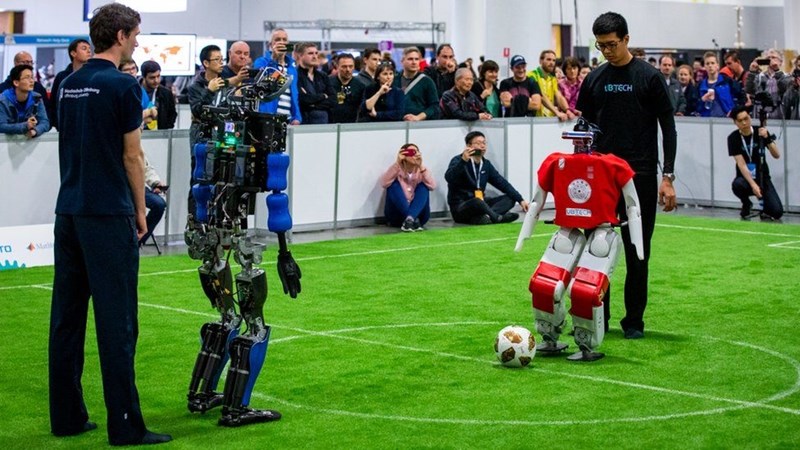 The group has been running annual international football tournaments for robots since 1996, in an effort to one day make sports competitions between humans and robots a reality.

“By the middle of the 21st Century, a team of fully autonomous humanoid robot soccer players shall win a soccer game, complying with the official rules of FIFA, against the winner of the most recent World Cup,” stated RoboCup’s website.

Teams that participate in RoboCup already use human-shaped robots with advanced artificial intelligence software systems that allow them to make tactical football decisions, such as shooting a goal and passing the ball.

Peter Stone, the RoboCup President, and computer science professor at the University of Texas, divulged that the plan might take numerous years to achieve.

Through years of learning from their organized tournaments, one main challenge of the organization is to build “a robot that can run as quickly and easily as a person, can bend it like Beckham, or kick the ball and change direction,” explains Stone.

As ambitious as it sounds, Sandra Wachter, a leading AI and robotics expert at Oxford University, believes that this goal might be difficult to reach since football requires physical and mental skills.

“On the football field, there are game strategies and formations that are followed, and which very often need to be adjusted very quickly and spontaneously.

However, Wachter mentioned that “at some point, robotics may well surpass human capacity when it comes to playing football, but it is hard to say if and when this will happen.”