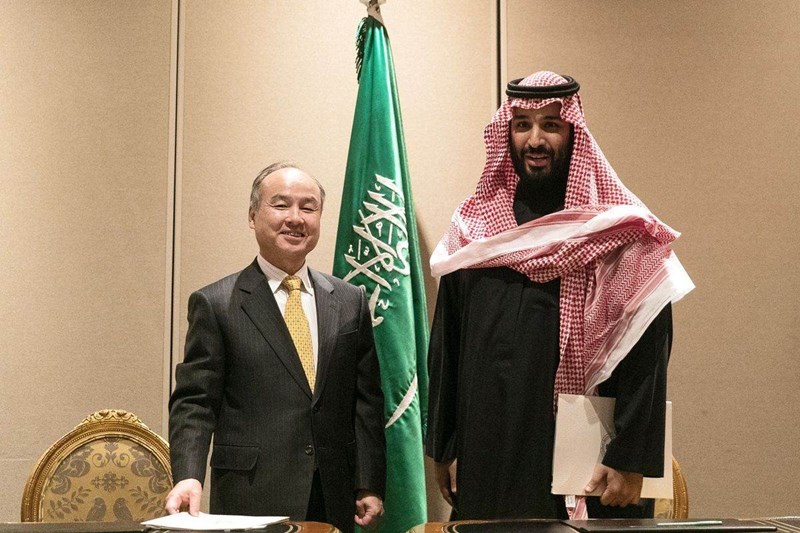 An article published by Al-Monitor, written by Danny Zaken, highlights many key points in the new relationship between the Japanese SoftBank, Saudi Arabia, and “Israel,” as well as the dimensions of the Saudi investments in SoftBank and the latter’s direct investments in “Israel.”

Japan’s SoftBank, a multinational conglomerate holding company, one of the largest venture capital firms of our time, has recently started activity in “Israel.” It invested in several Israeli tech companies, such as AnyVision and eToro, as per Pitchbook, an investment database.

SoftBank, which, as mentioned, has direct investments and economic activity in “Israel,” also has notable investments in several Gulf countries. Said investments were made through cooperation with other investment firms in those Gulf states, including Saudi Arabia. It is speculated that the normalization agreements made between “Tel Aviv” and several Gulf states were beneficial for the relationship between SoftBank and the occupation, leading the Japanese firm to invest in “Israel.” ٍ

The commercial and economic ties between Tokyo and the occupation have been at an increase for the past few years due to the close relations between Japanese PM Shinzo Abe and Israeli counterpart Benjamin Netanyahu. During the past six years, there has been an increase of 68 Japanese companies in “Israel” – from 24 to 92.

One positive aspect is that the Arab boycott of the Israeli occupation, especially in light of the Japanese interests in West Asia, is an obstacle that drives a wedge in economic interests between Tokyo and “Tel Aviv” – a potential that may not be realized, according to Head of the Economic and Trade Mission at the Israeli Embassy in Japan, Daniel Kolbar. According to Kolbar, something that could overcome such obstacles is the normalization of ties between Arab states and the occupation. Therefore, “Israel” and the UAE growing closer could lead to a closer relationship between Tokyo and the former.

SoftBank is seen as one of the most prominent advanced investment firms. SoftBank has investments in renowned names like Uber, TikTok, and Alibaba, and it was the second firm of this status to open an office in “Israel” in the span of three months – the first one being Blackstone in April.

The person who will be heading SoftBank’s activity in “Israel” is Yossi Cohen, the former head of the Mossad, “Israel’s” intelligence service. The firm’s founder, Masayoshi Son, decided to appoint him in that position because of his lobbying in normalization agreements between “Israel” and several Arab states, his strong ties with the heads of said states, as well as those of European nations and the United States.

He will direct SoftBank’s activity in “Israel,” identify potential companies to invest in and help them find global markets, especially in Asia. However, it seems that he would not be involved in the investments in which the Saudi wealth fund and the UAE wealth fund invest.

An interesting aspect of the trilateral relationship between Japan, “Israel,” and the Gulf states is that it has a fourth member to it: senior Trump administration officials, under which the normalization agreements with “Israel” were signed. SoftBank announced earlier this week that it would be investing in Liberty Capital, a private investment firm owned by US Treasury secretary under former President Donald Trump, Steve Mnuchin.

SoftBank is notorious for its close ties with the Saudi Royal family, and it could be seen as a tool being used by Saudi to invest in Israeli tech without being clear-cut about it and without having any official or public ties with the occupation. Cohen being a senior SoftBank official in “Israel” could be very reassuring for KSA, considering that he has had several meetings with senior Saudi officials, including Mohammed bin Salman. This could create a backchannel between the Israelis and the Saudis without public scrutiny.

This whole situation could simply be Saudi Arabia’s way to bypass all the diplomatic ‘obstacles’ preventing it from communicating with “Israel” and obtaining its needs of “high-end” Israeli technology. Saudi was previously found to be using Israeli tech against foreign nationals, heads of states, and even its own citizens, dissidents, and human rights activists: Exhibit A would be Pegasus.