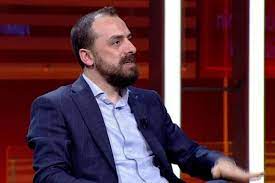 “Some will say he sold the party and left the ship, while conspiracy theorists will say they want to make a truce between the Justice and Development Party and the Good Party.”

RemoNews website, which covers Turkish affairs quoted Fatih Altayli, a HaberTürk columnist, as saying that Faruk Acar, President of the Andy-Ar Research Company, whom he described as “one of the three most competent names in determining the strategies of the Justice and Development Party,” led by Turkish President Recep Tayyip Erdogan, has defected and will now work with Meral Aksener, the founder and leader of the Good Party.

Fatih Altayli continued to say that Faruk Acar has been at the center of the Justice and Development Party since its inception and has worked closely with President Recep Tayyeb Erdogan for 20 years, especially during elections.

Faruk Acar will be involved in determining the electoral strategies of Meral Aksener and the Good party from now on, Altayli said.

“When I heard about this development, which I had a hard time believing, at first I was very surprised and found it hard to believe, so I called him,” Altayli said, publishing the dialogue between him and Acar in his column

“Wasn’t it difficult to leave? How did Tayyip Bey receive it? Altayli asked. “I didn’t speak to him, but I informed him,” Acar answered.

“You will be criticized a lot, there will be many conspiracy theories. Some will say he sold the party and left the ship, while the conspiracy theorists will say they want to make a truce between the AK party (Justice and Development Party) and the IYI party (Good Party),” Altayli said, addressing Acar.

“I guess everything, but it doesn’t matter what they say,” Acar responded.

Altayli ended his article with, “Erol Olçok’s death was a great loss for the AK Party. I think Faruk Acar’s departure will be the second big blow. We will see the results together.”