Home Politics Belarus’ opposition wanted the country to turn towards the West. Instead, Minsk is more dependent on Russia than ever before 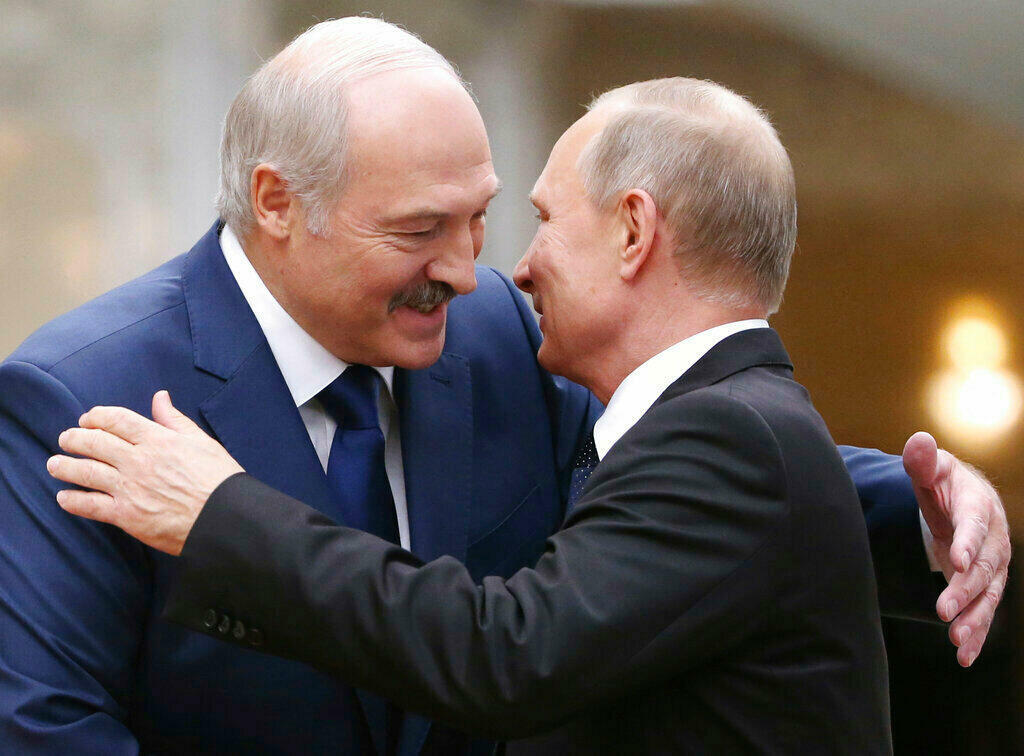 On December 8, 1991, the leaders of Russia, Ukraine and Belarus met near the city of Brest to sign the Belovezha Accords that led to the dissolution of the USSR. The Republic of Belarus was recognized as independent weeks later.

Since that meeting, every American government, along with their counterparts in Europe and Russia, have spoken out in defence of Minsk’s independence and sovereignty. Indeed, until recently, the status of Belarus as an independent nation appeared to be a settled matter. Now, though, things are looking less clear.

In December 1994, the new US President Bill Clinton co-signed the Budapest Memorandum on Security Assurances which sought to preserve the territorial integrity and independence of the new post-Soviet states. Other signatories to the Memorandum included the newly elected president of Belarus, Alexander Lukashenko.

Two years later, Clinton reaffirmed the US commitment to state sovereignty in Europe, declaring he wanted to see a Europe “where nations can be assured that their borders will always be secure and their sovereignty and independence will always be respected.” This position has since been reiterated by every successive US administration.

Fast forward to 2021 and the future of Belarus as an independent state looks far shakier than at any time since the end of the Cold War.

This, in spite of the fact that all the key actors, including the EU, the US, Russia, the exiled opposition, and even President Alexander Lukashenko himself, all claim that the continued independence of Belarus is a priority. And yet, all their respective actions since the disputed 2020 presidential election are having the exact opposite effect.

Take the example of Western sanctions backed by the exiled opposition in Lithuania and Poland. The EU is currently preparing a fifth package of penalties against Belarus in response to the migration pressures on the Polish, Lithuanian and Latvian borders. These new restrictions will likely expand the number of travel bans and asset freezes against senior officials, add additional state-owned enterprises, as well as target the Belarusian border agency and Interior Ministry.

At the same time as applying economic sanctions, the West and the exiled opposition like to stress that the measures are not aimed at ordinary Belarusians and are not designed to undermine Belarusian independence and sovereignty. EU sanctions have so far included targeting Belarusian telecommunications, the state-owned airline Belavia, restrictions on access to capital markets, and barriers affecting the trade in potash, oil products and tobacco. Potash revenues on their own contribute nearly 20% to Belarusian state revenues.

If the purpose of these sanctions is simply to punish, then they may be having the desired effect and some EU capitals will be content with that outcome alone.

However, if the intention is to oust Lukashenko, promote a democratic change in the country, and bring Belarus closer to the EU’s sphere of influence, then the sanctions policy has, and will continue to fail.

Belarus is now more dependent upon Russia in economic, political and security terms than at any point since 1991. The main outcome of sanctions thus far has been to erode Belarus’ fragile sovereignty and independence.

Is this really what the West and the opposition intended?

On the surface, the position of Russia towards Minsk looks straightforward. It provides political, diplomatic, economic, and security cover to allow Belarus to act and do as it sees fit. The reality is more complicated.

While Russia would welcome closer cooperation and integration in strategic areas, it is only willing to do so on its terms. Moscow is trying to structure a framework in which a balance between rights and responsibilities can be struck for Minsk. A framework that preserves Belarusian independence, whilst drawing the country closer, but without the economic and international political fallout that would inevitably occur if Russia sought to absorb its neighbour.

The formerly moribund Union State is the chosen vehicle for this process. The original treaty signed in 1999 by Lukashenko and Boris Yeltsin envisaged, perhaps unrealistically given their relative sizes, a union of equals. The principle of self-determination and sovereignty for Belarus was at the heart of the treaty.

Kremlin insiders have been clear from the start of the crisis that whilst they might have Lukashenko’s back in the short term, the full absorption of Belarus is not on the agenda and the Union State is not designed to achieve that. Moscow would sooner see Lukashenko leave office than take on the financial burden of absorbing 9.3 million Belarusians.

Yet despite these reassurances of Belarusian independence, the country is becoming ever more dependent upon Russia. Western sanctions, whilst not crippling, are taking a toll on the economy. The increase in political repression has seen multiple companies leave altogether or relocate staff resulting in declining tax revenue, and the pandemic has exacerbated an already tough economic situation, including lower-than-expected oil revenue in 2020. All these factors are creating a situation where Russia has no choice but to step in and financially support Minsk.

Russia does not want to absorb Belarus, but if the country slowly declines it may have no alternative.

Finally, when it comes to the future of Belarus, the wild card is Lukashenko. From the moment he became president in 1994, Lukashenko has been outspoken about preserving the independence and sovereignty of Belarus, not only against the West but also against Russian interference. In fact, the concepts of sovereignty and independence are so important to the veteran leader that he has a whole page of quotes he wrote on the subject on his presidential website.

So it’s surprising that since the disputed 2020 election, Lukashenko has engaged in a series of actions that undermine the very independence he claims he values ​​so much.

The most egregious example of this was the emergency landing of a Ryanair flight in May. Whatever official records may show, it seems fantastically improbable that opposition blogger Roman Protasevic was on the same plane on which he was a false bomb threat. Why, at the very moment when the West began to lose interest in the Belarus crisis, did Lukashenko feel the need to take this measure and restore attention to himself?

Similarly, Minsk this week announced a ban on both print and electronic versions of Russia’s Komsomolskaya Pravda newspaper due to the way it reported the death of a KGB officer earlier in the week. It prompted Kremlin spokesman Dmitry Peskov to say: “This is a violation of the principles of media freedom.” Why, when Russian support is so critical to Lukashenko, does he now choose to offend those on whom he depends? Understandably, Moscow was not consulted before the decision was made.