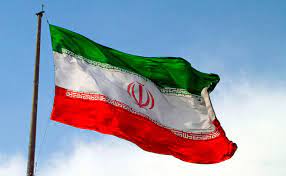 Azerbaijani-Iranian Tensions Will Have Far-Reaching Consequences for Eurasia .

Tensions recently spiked between Azerbaijan and Iran after the latter commenced military drills close to their border accompanied by harsh rhetoric from its officials. This includes Supreme Leader Khamenei’s Twitter account posting such messages as:

“The security of a country is the fundamental infrastructure for all activities for progress. Those who think that by relying on others they can ensure their security should know that they will soon be struck a blow for entrusting their security to foreigners.”

“The issues concerning Iran’s northwestern neighbors should be resolved wisely by relying on nations, through the cooperation of the armies of neighboring countries & by avoiding the presence of any foreign military forces.”

“In issues concerning the northwest of Iran, the Iranian Armed Forces act with authority & wisdom. It’s good for others to act wisely too & not permit the region to face problems. ‘Those who dig a hole for their brothers will be the first to fall into it.’”

What these factors have in common is that Iran is increasingly concerned that its national security interests are at stake. The Islamic Republic is now caught in a security dilemma with Azerbaijan following the outcome of last year’s Karabakh War in spite of politically supporting Baku during that conflict.

Azerbaijan perceives each of these four factors in the following way:

From the Iranian viewpoint:“The End of the War in Syria Will Come as Part of the Agreement Between Iran and China,” Says Iranian Foreign Policy Analyst

The expected Iranian position would be that:

If these mutual suspicions persist, the following far-reaching consequences are expected for Eurasia:

Azerbaijani-Iranian tensions aren’t expected to recede due to the following reasons:

There is no realistic solution to these tensions because:

To expand upon the last point, this is because:

Presuming an indefinitely extended period of regional tensions, the following workarounds are possible:

In the meantime, it would be best if:

Altogether, it’s clear that Azerbaijani-Iranian tensions will have far-reaching consequences for Eurasia, though they’ll hopefully remain manageable barring the unlikely scenario of a war by miscalculation. Their problems prove that the common cause of Eurasian integration is a lot more difficult to achieve than to discuss.