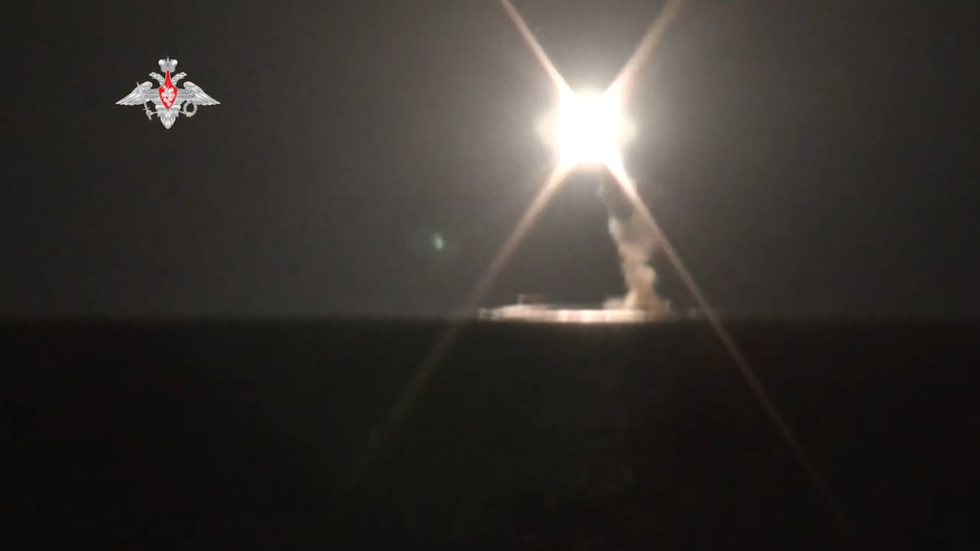 By Jonny Tickle
The Russian Armed Forces have successfully conducted the first test launch of its state-of-the-art Zircon hypersonic missile from a nuclear-powered submarine, firing it at a target in the Barents Sea, in Russia’s Arctic north.

The Ministry of Defense published a video showing the successful test.

The Zircon, first produced in 2016, is an anti-ship missile capable of accelerating up to Mach 9. It has been designed to hit enemy surface ships, such as frigates and aircraft carriers, as well as ground targets located within the range of the missile.

While this latest launch is the first time the missile has been fired from a nuclear submarine, it has already undergone testing from surface carriers.

In August, Admiral Charles A. Richard of the US Navy warned that hypersonic missiles being created by both Moscow and Beijing pose a significant threat to America.

“Because of these challenges, our current terrestrial- and space-based sensor architecture may not be sufficient to detect and track these hypersonic missiles,” he said.

Earlier this year, as part of his annual address to the Federal Assembly, Russian President Vladimir Putin revealed that the country’s armed forces are modernizing quickly with “hypersonic and laser” missiles, and warned foreign adversaries not to cross Moscow’s “red lines.”