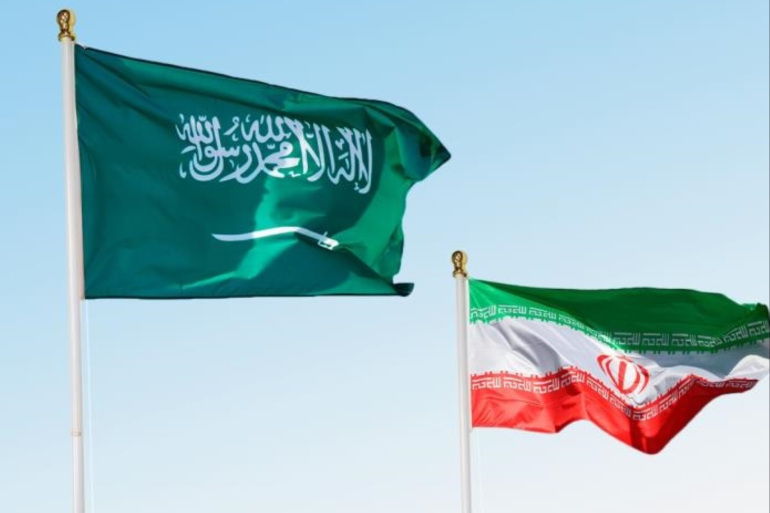 “There are no preconditions from either side, and we are trying to start a sustainable relationship within the mutually beneficial framework,” Iranian Foreign Ministry spokesman Saeed Khatibzadeh said during a press conference.
ccording to Khatibzadeh, the negotiations hosted by Baghdad since April, are being pursued in the best possible shape over bilateral and regional issues.

However, he did not confirm reports that Saudi Arabia has sent a delegation to Iran to open the country’s embassy in Tehran.

“The talks are still underway in Baghdad, and different cases have been discussed, with the main focus being on bilateral talks, while issues of mutual interest concerning the region have also been debated,” he added.
Over the last months Iraq has hosted several rounds of negotiations, as Tehran and Riyadh attempt to kickstart relations that were entirely severed 5 years ago in 2016.

The negotiations were launched under Iran’s former President Hassan Rouhani, who was replaced in August by Ebrahim Raeisi.

“These discussions are still in the exploratory phase, and we hope that they lay the foundation to address issues between the two sides,” he said in Riyadh during a joint news conference with the European Union foreign policy chief, Josep Borrell.
In September, Saudi Arabia’s King Salman bin Abdulaziz Al Saud expressed hope that Riyadh’s direct dialog with Tehran will lead to confidence building.
“Iran is a neighboring country, and we hope that our initial talks with it will lead to concrete results to build confidence … based on… respect of sovereignty and non-interference in internal affairs,” he said in an address to the 76th session of the United Nations General Assembly.
Iraq is turning into a mediator in the Middle East, as it also hosted the Baghdad International Conference for Cooperation and Participation. It allowed Iran, Saudi Arabia, Turkey and Egypt to meet, alongside other countries.

They discussed the war in Yemen, the severe economic and political situation in Lebanon, and Tehran-Riyadh rapprochement.

Saudi Arabia and Iran have backed opposing sides in regional conflicts and political disputes in Syria, Lebanon and Iraq for years, and Riyadh has led an Arab coalition waging war against the Iran-aligned Houthi movement in Yemen since 2015.

Riyadh and Tehran have said they hope the talks can ease tensions while playing down expectations of a significant diplomatic breakthrough.