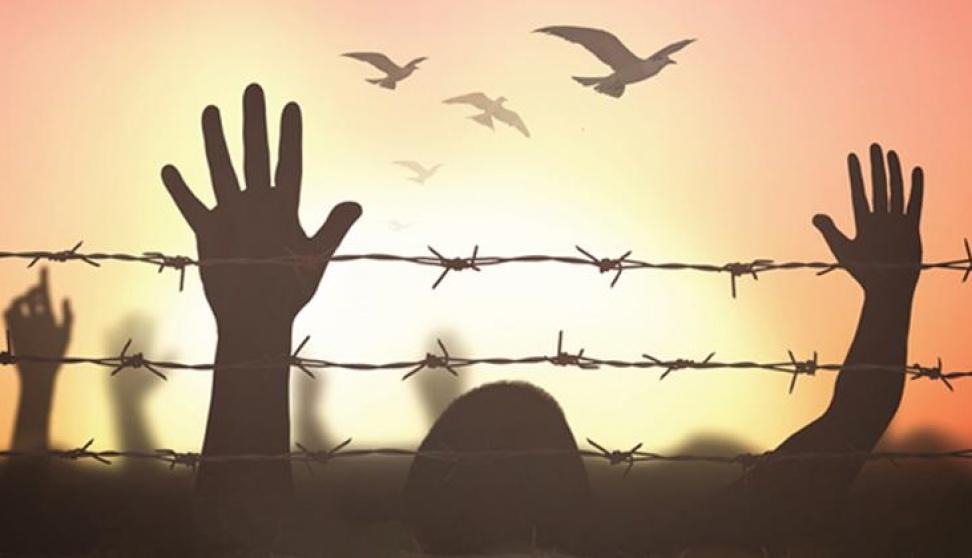 In protest of the harsh conditions of his detention and the punitive measures by the Israeli prisons authority, Palestinian detainee Mohammed al-Arida initiates an open hunger strike.

Karim Ajwa, the lawyer of the Commission of Detainees and Ex-Detainees’ Affairs, stated that prisoner Mohammed al-Arida began an open hunger strike on Monday in protest of the harsh conditions of his detainment.

Ajwa pointed out in a statement that the Askalan Prison administration conducted an internal trial for al-Arida last Friday and imposed more penalties on him. The prisoner is detained under harsh isolation conditions in a CCTV-monitored dirty, unventilated cell.

Karim Ajwa: Al-Arida does not even have a sleeping pillow

The lawyer revealed that the prison administration imposed several penalties on al-Arida, including 14 days in solitary confinement without any of his personal belongings. He does not even have a blanket and a sleeping pillow.

Al-Arida was deprived of family visits and prevented from entering the prison canteen area for two months. Electrical appliances were withdrawn from his room and he received monetary fines.

Al-Arida: I am being held in difficult conditions

Ajwa quoted prisoner al-Arida as saying that he is being held in harsh conditions in a dirty, narrow, and foul-smelling cell, with only the clothes he has on. He complained that he has not showered for several days because there is a CCTV in the cell’s bathroom.

Mohammed al-Arida confirmed to the lawyer that he will continue his hunger strike until the difficult and harsh conditions of his detention are improved.

In his turn, the Spokesman for the Commission of Detainees and Ex-Detainees’ Affairs, Hassan Abd-Rabbo, confirmed that prisoner al-Arida is imprisoned in a cell that does not have any of the basic necessities of life.

Abd-Rabbo told Al Mayadeen that if al-Arida’s hunger strike is extended, it can take a heavy toll on his health

It is noteworthy that the occupation had re-arrested prisoner Mohammed al-Arida along with prisoner al-Zubaidi near the village of Umm Al-Ghanam in the Lower Al-Jalil region on September 11, after they managed to liberate themselves along with 4 others through a tunnel they had dug under the Gilboa prison, the most fortified Israeli prisons.