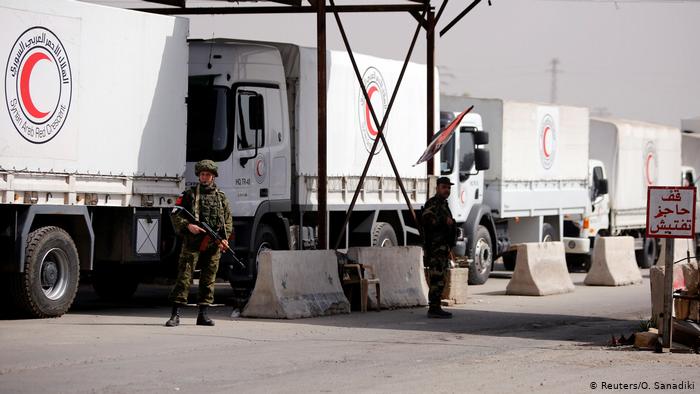 The United Nations Charter mandates “All Members shall refrain in their international relations from the threat or use of force against the territorial integrity or political independence of any state”.

Turkey and the USA are in violation of this commitment as they occupy sections of northern and eastern Syria. In northern Idlib province, Turkey is doing this in alliance with the Syrian version of Al Qaeda called Hayat Tahrir Al Sham (formerly Jabhat al Nusra).

In the northeast, the US has invaded and is occupying the area in alliance with local proxies and mercenaries. For public relations purposes, the puppets changed their name to “Syrian Democratic Forces” after US military officers said, “You have to change your brand.”

The USA, Turkey and their allies want the world to ignore their violations of Syrian sovereignty. On top of that, they want the world to authorize and approve international border crossings for travel to their occupied zones. The Bab al Hawa crossing is now the main crossing on the border of Turkey and Syria. On the Syrian side, the area is controlled by [al Qaeda affiliates in Syria] in collusion with Turkey.  With Syrian civilians as hostages, Al Qaeda receives 1000 truckloads of supplies and support monthly.

This crossing is a clear violation of Syria’s territorial integrity and that is why United Nations Security Council members should vote NO to further authorization of an illegal entry point.  Respecting Syrian sovereignty and the UN Charter, the aid should go through the Syrian government. If there is concern about aid being distributed fairly in Idlib, a neutral international organization such as the Red Crescent can monitor or supervise the distribution of food and supplies.

The countries which seek “regime change” in Syria use civilians as a pretext while imposing crushing economic sanctions on most Syrians. They are pouring support into the Al Qaeda zone while strangling the vast majority of Syrians who live in government zones. Under US “Caesar” sanctions, it is prohibited to support any Syrian government rebuilding of hospitals, schools, water pumping stations, electricity power stations or residential housing. Syrian civilians now lack food, medicines, electricity, [water, fuel and building materials] because of the actions of the invaders [and occupiers].

The UN Charter should be followed and enforced.

Syria Solidarity Movement calls for the removal of US and Turkish occupations of northern and eastern Syria. We call for the United Nations Security Council to NOT authorize or participate in the violation of Syrian territorial integrity at Bab al Hawa border crossing.  We call for the US and western nations to stop their violations of Syrian sovereignty and their complicity and support of Al Qaeda in Syria.