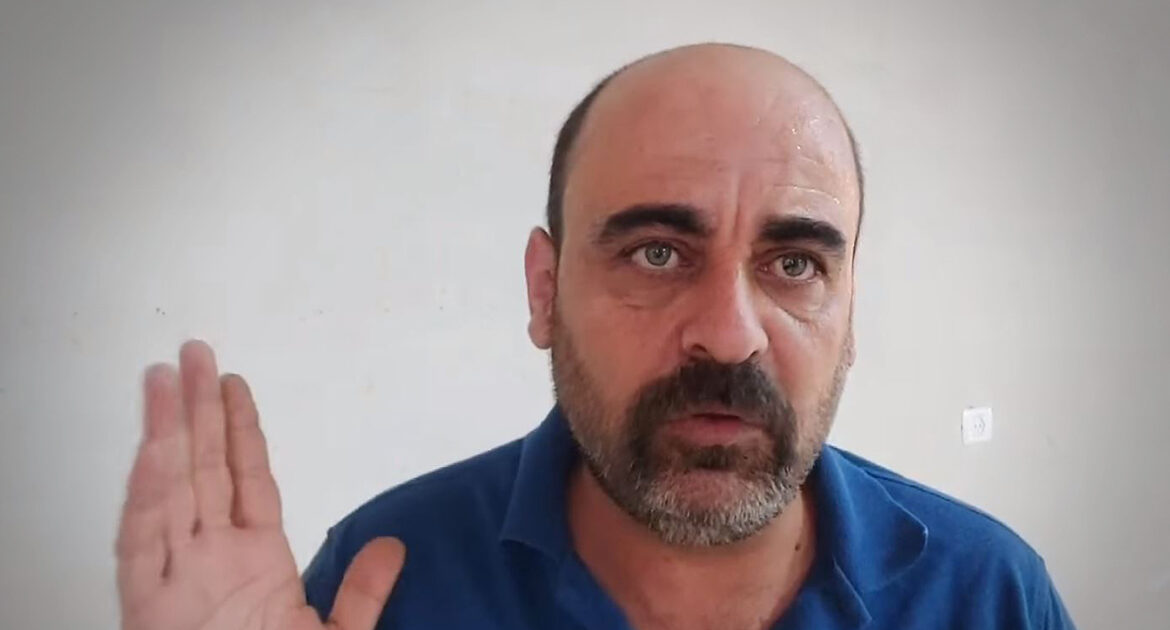 The “Lawyers for Justice” group has accused the Palestinian Authority of disrupting the trial procedures for the assissnation of political activist Nizar Banat.

On Tuesday, the “Lawyers for Justice,” group accused the Palestinian Authority (PA) of disrupting the trial procedures for the murderers of political activist Nizar Banat, and influencing witnesses.

The human rights group asserted that the arrest of Hussein Banat, the main witness in the Nizar Banat case, as well as ongoing pursuits, arrests, and raids on the homes of Banat’s family in al-Khalil are an intentional disruption of the trial.

The group indicated that the shooting that the late Banat’s family was subjected to a month and a half before his murder, and attempts of “character assassination”, were a precursor to his murder.

The Lawyers for Justice group also confirmed that the events that are related to the “assassination” of Banat came amid continuous silence of the competent authorities represented by the Public Prosecution in pursuing the perpetrators.

The lawyer group has been following the trial of Nizar Banat, which began on September 14 in Ramallah, and the subsequent postponing of the session more than once.

The PA is chasing 12 members of Banat’s family in Al-Khalil. On September 27, the security services arrested Hussein Banat, the second witness in the murder case of political activist Nizar Banat.

Banat’s family explained that Hussein suffers from chronic diseases and poor health conditions, adding that he is being subjected to torture in an attempt to force him to change his testimony. The PA has ended the employment of a number of family members to pressure them about the Nizar case.

According to eyewitnesses from the Banat family, the authority’s force assaulted a number of the family’s houses and stores in the southern area under the occupation’s security supervision.

According to Ammar Banat, “the joint security force notified the family that they were looking for 12 of them, accused of firing at the residence of a member of the security forces accused of assassinating Nizar Banat.”

Banat’s family has denied the allegations of the security services calling them “unfounded.”

The security services are accused of Banat’s family of attempting to distract the family from achieving justice and dragging it into tribal conflict.

Banat’s family: There are no tribal solutions in the case

The Lawyer’s group stressed that the activist Banat’s case is a public opinion issue with purely political and human rights implications.

It is noteworthy that on September 5th, a spokesman for the Palestinian Security Services, Talal Dwaikat, divulged that the military prosecution’s investigation into the case of martyr Nizar Banat had ended.

Major General Talal Dweikat charged 14 security officers involved in Banat’s arrest and later death, noting that “all of the perpetrators are members of the Preventive Security Service in Al-Khalil.”

Martyr Nizar Banat passed away during his arrest by Palestinian security forces in the occupied West Bank city of Al-Khalil.

Meanwhile, Banat’s family spoke of an “assassination”, especially after the initial autopsy which confirmed that Banat was beaten on the head, chest, neck, legs, and hands, with less than an hour elapsed between his arrest and his death.