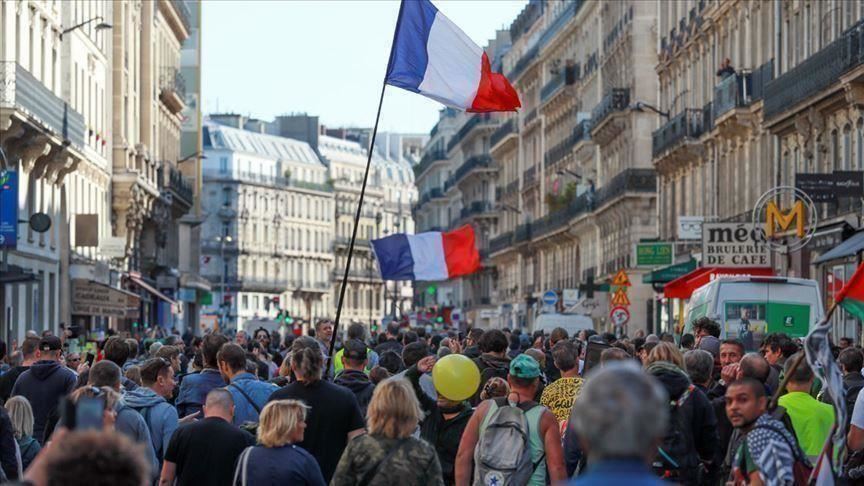 Thousands of French people are set to hold demonstrations against issues such as rising energy costs, changing rules for unemployment and pensions, and decreased spending power.

Protests against government policies are planned for Tuesday afternoon at hundreds of spots all over France, where several unions, including the General Confederation of Labor (CGT) will be present.

Céline Verzeletti, the confederal secretary of the CGT, a national trade union center, told Sud Ouest, “We will have 200 meeting points [for protesters], which is an initial sign that today will be positive for us.” She said that despite the COVID-19 pandemic, “there is a return to union meetings and general gatherings.”

Verzeletti described jobs and salaries as one of the most important issues, adding that, “There is growing anger and awareness that there is money, but that it is not being redistributed to working people.”

According to a map published on the CGT’s website, the protests in Paris will begin at Place de la République at 14:00 and move toward Opéra, in the 9th arrondissement. Police said “many thousands of people are expected.”

According to the information provided by SNCF railway company, some interruption is expected at the public transportation system in Normandy and Paris, with wider disruptions in Bordeaux, Dijon, Douai, Le Mans, Marseille, Strasbourg, and Rouen.

Postal deliveries might get disrupted too, as workers from La Poste are called to strike. Five unions have also called on civil servants to join the strikes.

Schools are also subject to the possible disruption, as up to 25 percent of nursery school and primary school teachers are expected to join the walkout.

The protests in France come five months before the 2022 presidential election is set to take place.