Another passion surge on Catalonia. 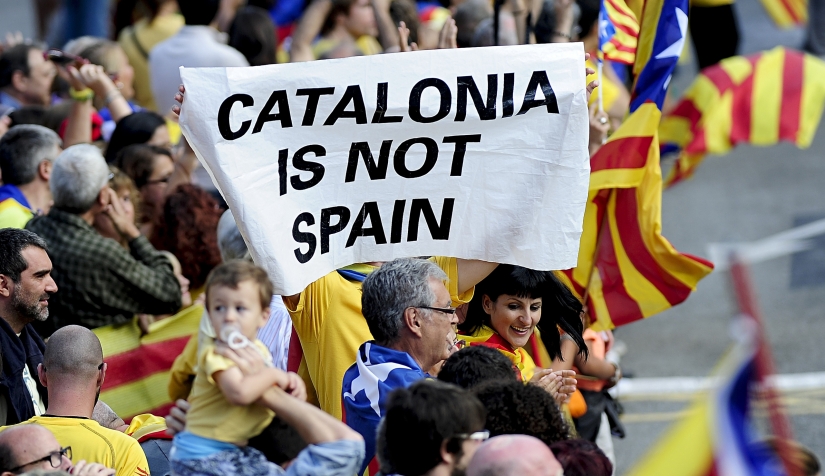 The high-profile case of Catalonian ex-head Carles Puigdemont, one of those behind the illegal (as official Madrid deems it) referendum on the autonomous community’s independence from Spain that was held on October 1, 2017, has come to light again. An international arrest warrant issued earlier by Spain caused Puigdemont’s unexpected detainment the other day in Italian Sardinia, where he arrived to engage in the international festival of Catalan culture.

The scandal surrounding the Catalan referendum, with 90% of its participants having voted for Catalonia’s independence, has slowly began to fade into insignificance in the face of many other European problems. However, the current Sardinia incident has demonstrated Spain’s reverential attitude to any integrity hazards and inclination to persecute anyone who threatens this integrity. Puigdemont once fled from Spanish justice to Belgium, where he has lived up to this moment. At that, the Belgian authorities have not extradited him to Spain. Also, Italy is yet to pick a side. The judge of the Sassari Court of Appeal in Sardinia held that Puigdemont be temporarily released from custody. On October 4, the former head of Catalonia must once again appear before the court to let the hearingы go on.

There is a need to particularly note that the issue of Puigdemont’s extradition to Spain has turned into a kind of inextricable tangle, which none of the European countries he visited during his exile is eager to cut. The Spanish authorities themselves issued and cancelled a warrant for his arrest. Finally, in October 2019, the Supreme Court of Spain sentenced the ex-head of Catalonia in absentia to 13 years in prison for rebellion and embezzlement, and once again issued a European arrest warrant for him.

By the way, twelve other October 2019 referendum masterminds who did not flee from the Spanish courtб were convicted. Nine of them got real prison terms from 9 to 13 years and are still behind the bars. The trial of Puigdemont and his associates was of fundamental political importance for Spain, since the integrity of the Spanish Kingdom comprising a whole lot of autonomous communities like Catalonia, was jeopardized. If the Spaniards had “swallowed” the secession of Catalonia, a similar referendum in the Basque Country and probably in other autonomous communities would not be far off. Spain faced the prospect of collapsing like a house of cards.

And in this context, Madrid’s irritation that Puigdemont is still at large is quite clear. The Spaniards, despite the tacit but obvious discontent of the rest of Europe, stick at getting their way. In 2019, they faced an obstacle: Puigdemont was elected to the European Parliament from the Catalan Free for Europe coalition and got a subsequent immunity. However, in March this year, the European Parliament deprived Puigdemont of parliamentary immunity, which is fraught with the threat of extradition to Spain, though in theory, as many believed.

Later, on July 30, the European Court issued a similar decision to deprive Puigdemont of immunity, notably after the court drew confirmation from the Spanish justice that the arrest warrant was withdrawn by Spain and that Puigdemont did not risk being detained. That is, in fact, immunity was revoked because of no danger of arrest. Moreover, the July European Court ruling recognizes the possibility of granting temporary immunity to Puigdemont in case of his arrest in any EU country to be extradited to the Spanish authorities. Now Puigdemont’s legal defense is waiting for the European Court’s say in this situation.

There is some kind of legal confusion in which Puigdemont felt nevertheless protected. For instance, ahead of his trip to Sardinia, Puigdemont visited the French National Assembly and was not arrested there, despite strict security measures inside the French parliament building. The French police ignored the Spanish arrest warrant. It seems that having headed for Sardinia, Puigdemont did not count on what happened in the aftermath.

Meanwhile, oddly enough, there is no evidence that official Rome was very keen to arrest Puigdemont. Spanish El País claims that head of the Italian government Mario Draghi was caught surprised by his detention. Italy’s Minister for European Affairs Vincenzo Amendola was the first official to speak about the Sardinia arrest. He clumsily justified it, because saying that the Italian police arrested Puigdemont illegally or by mistake is inappropriate. This case has a long history associated with Puigdemont’s stripping of immunity by the European Parliament, he said, adding that they are looking forward to motivation from the local court. To Amendola, this issue is not political and not bilateral.

Italy wants to show in every possible way that it has no intention of turning this issue into a diplomatic scandal, and looks like it has got a “hot chestnut” in its hands to be neither kept nor thrown away. Official Rome is very much counting on the decision by the European Court of Justice to grant Puigdemont immunity and terminate the proceedings in the Italian territory. Otherwise, as a senior official with the Italian Ministry of Justice says, the local court will have to “assess what the Spaniards call a crime.” In particular, the Italian court will have to consider whether sedition should be qualified as a crime within the Italian legal system.

The Italians don’t want to get involved in this. But for some reason they did, unlike the French. Why? Chief of the State Police Franco Gabrielli tried to answer this question. “We are members of the EU and have to comply with the European arrest mandate. The French behave like the French, and we behave like the Italians. Control is exercised at our border, and Puigdemont was therefore handed over to the legal bodies. We live in a country governed by the rule of law.” Gabrielli is vocal about his country’s embarrassing position. “Obviously, there are situations we’d prefer to stay out of, but we cannot get away from them because the law is still in force in our country.” Why doesn’t it work in France, then?