Home Society Any way you slice it, Canada is one of the worst emitters on the planet. 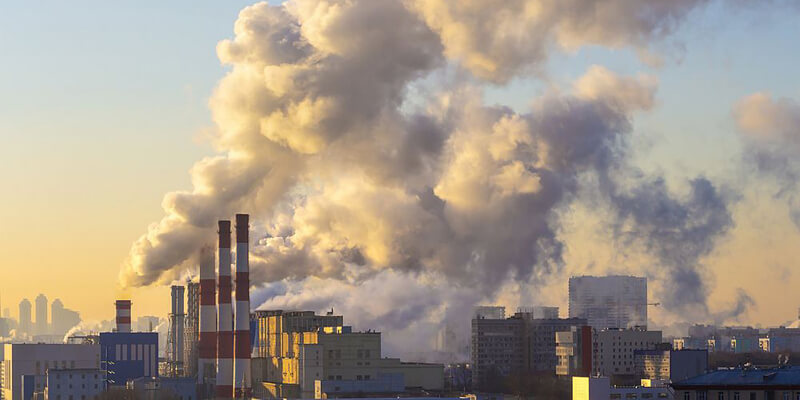 A new ranking of the planet’s largest polluters has Canada in the top 10 for total emissions, which climate advocates say gives the country an even greater responsibility to align itself with a climate-safe future.

The analysis by U.K.-based Carbon Brief studies cumulative emissions since 1850 to identify which countries have historically contributed the most. The economic superpowers of the last half century were the most responsible, with the United States firmly in first place at 20.3 per cent of the global total, followed by China at 11.4 per cent, and Russia at 6.9 per cent.

Responsible for 2.6 per cent of the world’s total carbon emissions, Canada was ranked 10th, behind Brazil, Indonesia, Germany, India, the U.K., and Japan, which all ranged between 4.5 per cent and 2.7 per cent.

“What’s notable is how small Canada’s population is compared to every other country in that top 10,” said Cam Fenton, with climate advocacy group 350.

Canada’s population is roughly 38 million. Out of the 10 worst polluters, the closest in population is the U.K., with approximately 67 million people. Carbon Brief’s analysis noted that on a per capita basis, depending how one counts it, Canada is either the worst, or the second-worst, polluter in the world. (The usual standard of dividing cumulative emissions by the current population leaves Canada as the worst, while per capita emissions added up over time ranks Canada second worst, behind New Zealand.)

What people are reading

The 20 largest contributors to cumulative CO2 emissions 1850-2021, billions of tonnes, broken down into subtotals from fossil fuels and cement (grey) as well as land use and forestry (green). Source: Carbon Brief analysis of figures from the Global Carbon Project, CDIAC, Our World in Data, Carbon Monitor, Houghton and Nassikas (2017) and Hansis et al (2015). Chart by Carbon Brief using Highcharts

Fenton said for the country to be one of the top 10 carbon emitters with so few people shows Canada’s carbon footprint is closely tied to the extraction and refining of fossil fuels for export, rather than our domestic energy needs.

“This is one of the challenges our government faces … and I think it shines a light on the need for a just transition because so much of the reasons why we’re up there is that we are digging up and providing fossil fuels to the world,” Fenton said.

That massive contribution to climate change “has undermined a lot of the mythology of Canada … being a good actor on the world stage,” he said.

“So I do think there’s certainly a thing here around national identity, and who we are, and the responsibility we have to take.”

In Prime Minister Justin Trudeau’s last mandate, his government boasted that Canada was a major oil producer, but to date, has not taken steps to curb fossil fuel production –– the driver of Canada’s global carbon emissions.

Fenton says Ottawa has used the fact Canada is a significant oil producer to slow the pace of transition when the opposite conclusion should be drawn.

“We have a historical responsibility to act faster because so much of our wealth and place in the world is dependent on Canada burning too much carbon,” he said.

He said this ranking should force the government, and Canadians, to stop thinking a transition off fossil fuels needs to be slow because Canada is cold and historically has extracted a lot.

“What I think it should shift (to) is: ‘Actually, we’re a small country with a disproportionately high responsibility for causing the climate crisis, with a national identity based on being a good actor in the world,’” he said.

“Those things together mean we should actually be doing far more than we are, and moving far faster, in order to be doing our part.”

Environment Canada did not return a request for comment by deadline.