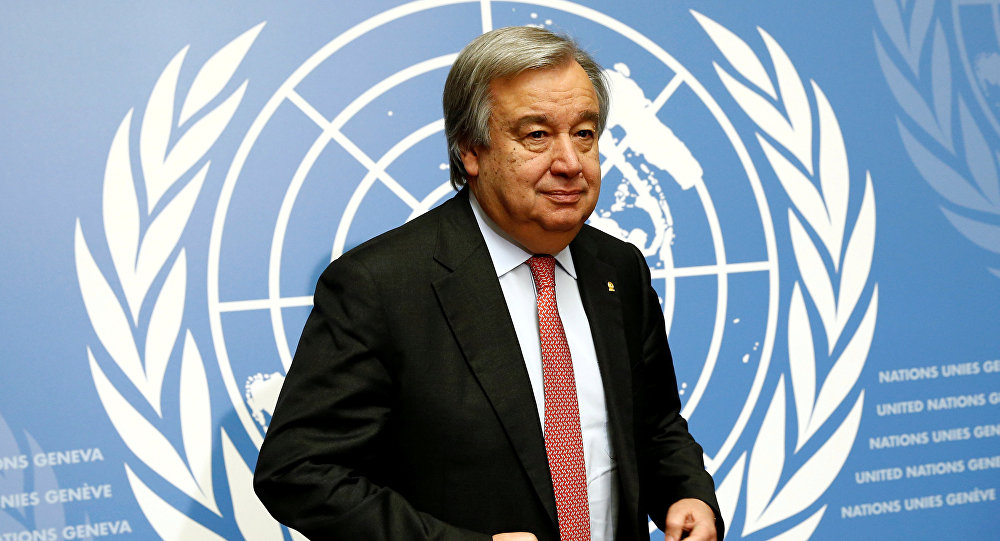 The International Criminal Court (ICC) asked UN Secretary-General Antonio Guterres on Friday to decide who will be representing Afghanistan at the UN.

“Today, 8 October 2021, Pre-Trial Chamber II of the International Criminal Court decided to request the Secretary-General of the United Nations and the Bureau of the Assembly of States Parties of the Court to submit information on the identification of the authorities currently representing the Islamic Republic of Afghanistan,” the ICC said in a statement.

The Chamber requested that Guterres and the ICC legislative body select an Afghan representative so that the Court could continue its inquiry into war crimes committed in the country.

On August 15, the Taliban took control of Afghanistan, followed by former President Ashraf Ghani fleeing the country. On September 7, Afghanistan announced the formation of a new administration led by Mullah Mohammad Hassan, who is sanctioned by the United Nations.

During the 2017 UN General Assembly, the Taliban demanded that its own envoy speaks in the high-level General Debate rather than Afghanistan’s Ambassador to the UN, Ghulam Isaczai, who was appointed by Ghani.

However, Afghanistan withdrew its participation at the UN General Assembly on the day it was set to speak.