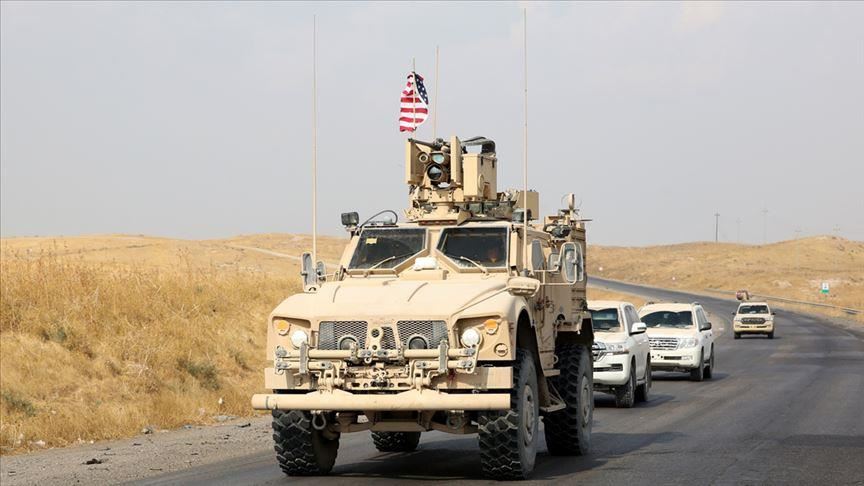 The US occupation forces have sent a convoy loaded with weapons, munitions, and logistical equipment from northern Iraq to their military bases in the al-Hasakah Countryside, SANA reported.

Local sources from al-Qahtaniya in the al-Hasakah northern countryside told the Syrian news agency (SANA) that a convoy of 56 trucks, a carrier loaded with weapons, munitions, and logistical equipment, and 8 new military Hummer vehicles, accompanied by a number of cars belonging to the SDF militants for protection, have headed from northern Iraq through the illegal al-Walid crossing to the US occupation bases in the areas where SDF militants are located.

SANA added that mass demonstrations erupted in the areas around Rmelan in the northeastern countryside of al-Hasakah, calling for the expulsion of the SDF.

SANA stated that the al-Sa’idah village residents in Rmelan eastern countryside blocked the highway that links Rmelan to the oil fields, using burned tires. This came in parallel with attacks against armed checkpoints and SDF locations, women of which were set on fire.

Local sources also told SANA reporter that a significant number of military vehicles belonging to the SDF and the US occupation have the villages to the northeast of the governorate under siege since Thursday evening. The US forces and SDF militants also raided houses in the villages of Sumayhan, Tal al-Faras, and al-Jas’a and kidnapped more than 100 citizens who were taken to unknown destinations.